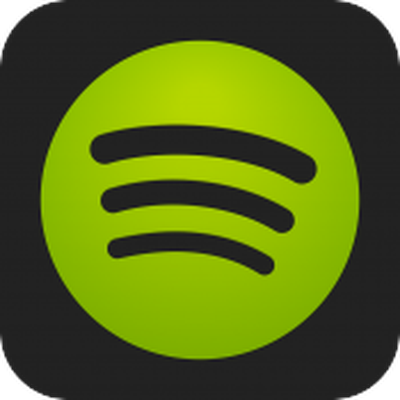 Spotify's growth in the UK is quickly accelerating with the service adding more than 1 million active users in the past four months, claims Brown. Many of these new customers are lucrative subscribers who are paying for the premium service instead of listening to the ad-supported, free version. Brown attributes this growth to Spotify's partnerships with Vodafone and the Sunday Times.

"Some of our partners are saying Spotify is now generating more revenue each month across Continental Europe than iTunes," Spotify's head of label relations in Europe, Kevin Brown, told industry site Music Week.

"Given that download sales are declining and Spotify is growing rapidly, particularly in the UK, it is only a matter of time before Spotify is bigger than iTunes across Europe as a whole."

In an effort to standardize the experience across platforms, Spotify recently updated its iOS app with a darker theme as well as new fonts and icons that match the web and desktop versions. All platforms also received a new personalized Your Music section and an updated Browse feature.

theheadguy
It's always fun to look back at the naysayers before a service was popular. They spoke with such confidence :D

It will be dead (rejected by the App Store) before the tech industry even finished reporting this story.

No way they will allow this. Apple wants a music monopoly.

Vaporware still at this point! Come back when it is either rejected or is put on the App Store.

Never in a millions years will Apple allow this into the App Store. In fact, it will be approved the same day a Netflix movie viewer is approved.

This is exactly what Apple won't do. I would be seriously surprised if Apple allow this app, if they do though, there is no way it would ever be allowed to run as a background process...

Can't blame Apple for rejecting this.....Why should they allow their competition to exploit there infrastructure?

Spotify: What a Horrible name for a business or service. I have no idea what it means in Swedish, and could care less. Why rent music??

iPhone7s
Spotify has totally changed the way I listen to music. Let's hope they can continue the great work!
Score: 9 Votes (Like | Disagree)

Spotify has totally changed the way I listen to music. Let's hope they can continue the great work!


Totally agreed. A Spotify subscription was the best music purchase I ever made.
Score: 6 Votes (Like | Disagree)

Best music app out there, hands down.
Score: 6 Votes (Like | Disagree)

stuffradio
Apple and Spotify should announce availability in Canada instead.
Score: 6 Votes (Like | Disagree)
Read All Comments

Monday July 6, 2020 7:53 am PDT by Mitchel Broussard
Tom Hanks' WWII drama "Greyhound" is set to premiere on Apple TV+ this Friday, July 10, and ahead of that debut the actor gave an interview with The Guardian discussing the film. "Greyhound" was originally planned to see a theatrical release this summer, and was repeatedly delayed in the wake of the ongoing Covid-19 pandemic. Apple won the streaming rights to the film, and in the new...
Read Full Article • 187 comments

Monday July 6, 2020 6:55 am PDT by Eric Slivka
Amid rumors and hints of a forthcoming update for the iMac, supplies of Apple's current 27-inch iMac continue to dwindle with mid- and high-end stock configurations now seeing shipping estimates pushed back into September. The 27-inch iMac has seen tight supplies and extended shipping estimates for months now, but the situation has been gradually worsening to the point where new buyers can...
Read Full Article • 64 comments

Monday July 6, 2020 2:04 pm PDT by Juli Clover
Ahead of the launch of new iPhones we often see dummy models created based on leaked schematics and specifications, with those models designed to let case makers create cases for the new devices ahead of their release. We got our hands on a set of dummy models that represent the iPhone 12 lineup, giving us our first close look at the iPhone 4-style design and the different size options. Subscri ...
Read Full Article • 89 comments