Hyundai today announced that it will bring Apple's CarPlay technology to its Sonata automobile lineup starting next year. This introduction makes Hyundai the first volume automobile manufacturer to bring CarPlay to the market and leaves Honda as the only one of five brands featured by Apple as launching CarPlay support in 2014 yet to make a specific announcement. 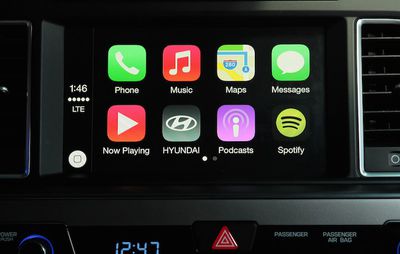 The first Hyundai automobiles to offer the voice-driven system will be the company's popular Sonata line. Models that are equipped with the CarPlay-compatible navigation systems will debut later in the 2015 model year.

Hyundai’s latest Audio Video Navigation (AVN) systems are already recognized for their beautiful, yet intuitive interface and advanced feature set. Our engineers took advantage of the vivid eight-inch touchscreen to integrate CarPlay for an experience that iPhone users will instantly recognize.

CarPlay allows an iPhone to integrate into the car's infotainment system, providing Siri voice-controlled access to messaging, voice calls, Maps and music. The technology initially debuted as a factory-installed option in new 2014 luxury models from Ferrari, Mercedes-Benz and Volvo and will be available as an aftermarket add-on via Pioneer and Alpine-branded receivers.


Are you serious? CarPlay distracts you still less than the messed up standard interfaces most cars have these days, and these are legal too.
Score: 14 Votes (Like | Disagree)

Also, not sure how you missed it but CarPlay uses "Siri Eyes-free" mode, which relies heavily on voice commands. Your current iPhone has it now, give it a try.
Score: 9 Votes (Like | Disagree)


We shouldn't stop progress because some people are stupid. Nanny state sucks.
Score: 9 Votes (Like | Disagree)

mattopotamus
I still do not see how this stuff is legal. All of these states are going to "hands free" and this just encourages you to multitask while driving.
Score: 7 Votes (Like | Disagree)

This is an American thing. American car retailers are using psychological tricks to make people feel they are buying next year's model. Nowhere else does this happen.

This happens all over the world. I actually bought a 1999 Saturn in June of 1998. Car manufacturers used to start in January, then moved back to December to beat their competitors, then back to November, etc. September has been pretty normal for the past 20 years. But sometimes it's even earlier.

Just like magazines - their dates are screwed up too. See the latest issues on the news stand? They're all dated June 2014.

so i'm not sure what you're trying to prove. Both are doing it properly. Pulled over off the roadway, or parked.

The first one, you can't tell if he's driving or not.

MANY people, if not MOST read maps WHILE driving. It was as prevalent back then as using a cell phone while driving today is.

Why are you trying to be argumentative?

Here are pictures of people reading maps while driving. Happy? 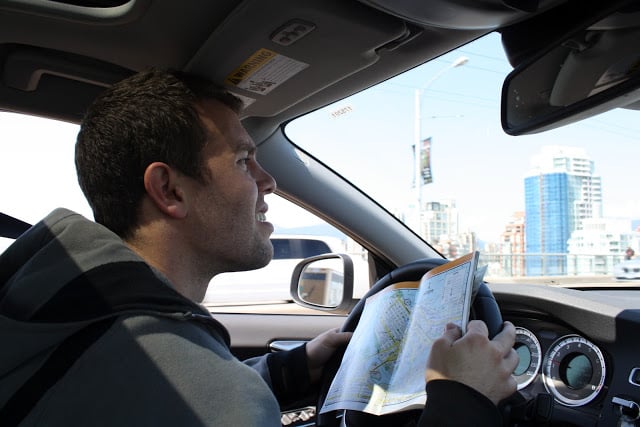 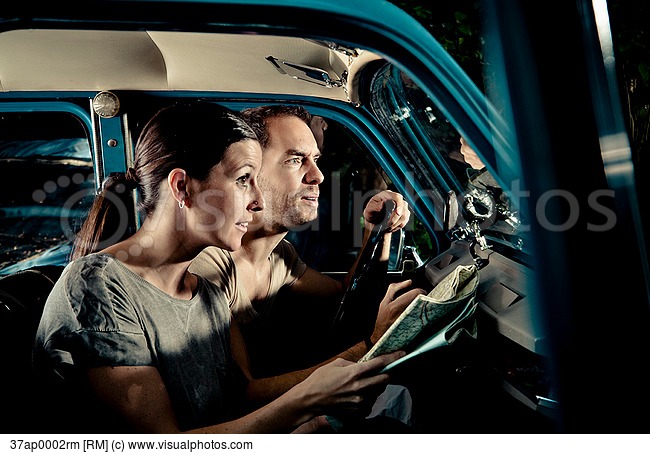 Legal, yes. Safe, not. It's next to impossible to determine if drivers were distracted wading though their screen options when involved in an accident, so there won't be enough proof to outlaw it. Just viewing a navigation map is often enough distraction to cause havoc, let alone wading though menus and icons.

How little we forget. This is what we were doing 10 years ago - unfolding, reading, and folding paper maps. It's a LOT safer today. 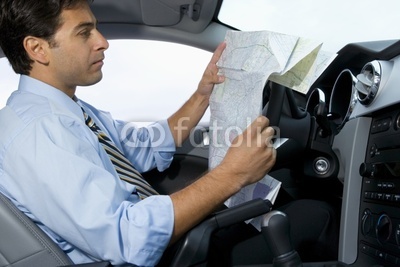 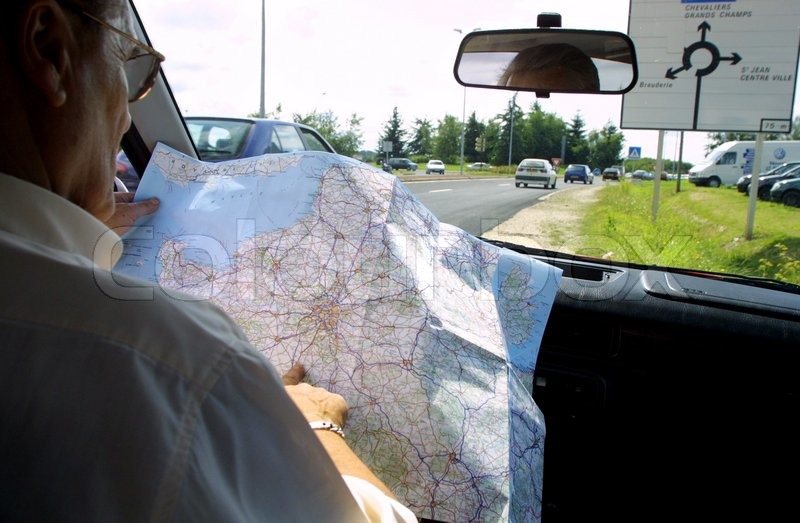