NDS4iOS, a Nintendo DS emulator that runs on both non-jailbroken and jailbroken iOS devices, is now available to install through an over-the air download, reports TouchArcade.

Similar to the first version of the popular GBA4iOS Game Boy emulator, NDS4iOS requires a device's date to be set back to a prior date, specifically February 8, 2014. The emulator allows users to play Nintendo DS ROMs directly on their iPads and iPhones, and is compatible with iOS devices running iOS 5.1.1 and above. NDS4iOS also includes features such as Dropbox integration and iOS 7 controller support, as well as a settings menu that contains options for control pad style and position. 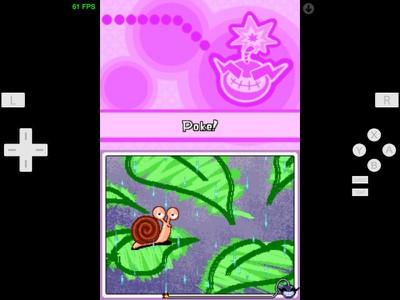 Image credit: TouchArcade
Although several emulators such as the iMAME arcade emulator have snuck into the App Store via shell apps in the past, they are usually pulled by Apple within hours or days after being released. However, NDS4iOS is able to overcome Apple’s restrictions as it bypasses the App Store entirely. Instead, the emulator can be installed directly on an iOS device by visiting its official website and tapping a download link.

The initial release of NDS4iOS follows a major update to GBA4iOS in February, which added controller skins for Game Boy Advance and Game Boy Color games as well as iOS 7 controller support, Dropbox integration, and a in-app web browser that can be used to download games from any ROM website. The emulator also temporarily allowed non-jailbroken users to install GBA4iOS without a date change via an Apple Enterprise certificate, however that was revoked soon afterwards.

NDS4iOS is available to install now through the emulator’s official website.

shandyman
Nintendo are missing a trick here with being stubborn and not being open to change. They could release their own official emu, give a game away with it and then offer an entire back catalog via in app purchase for like £1 and make a ton for games they have gathering dust! Even if it's only NES/SNES/GB/GBA games! Even some original DS games too.
Score: 14 Votes (Like | Disagree)

dermeister
I don't get it - how can this "app" be downloaded outside of the App Store on iOS? Is it an exploit of some sort?
Score: 11 Votes (Like | Disagree)

I don't get it - how can this "app" be downloaded outside of the App Store on iOS? Is it an exploit of some sort?

Why does it require the user to set the date back in order to run properly? How stupid!

It uses a certificate that Apple have invalidated, you set the date to prior to the invalidation. It's basically how businesses that make their own apps for internal use distributes their own apps. Someone will probably come along and explain it better.

Why does it require the user to set the date back in order to run properly? How stupid!


only to install it. u can change it back after
Score: 7 Votes (Like | Disagree)
Read All Comments