The update is available to registered developers through the Software Update mechanism in the Mac App Store and should be appearing in the Mac Dev Center soon.

Apple continues to ask developers to focus on mail, messages, graphics drivers, VoiceOver, VPN, and SMB2. Earlier betas of OS X 10.9.2 began allowing Mac users to block people on iMessage and FaceTime, as can be done in iOS 7, and also introduced FaceTime Audio.

Time for an executive decision and remove him from OS X engineering. Nothing against him, I'm sure he's a brilliant programmer, but he's been in charge of 3 OS X releases (Bertrand officially left in '09, Federighi helmed 10.7 but wasn't officially placed on Apple's board until '11), about average for an Apple's SVP of OS X engineering. Since OS X moved to an annual release cycle to mirror iOS (compared to 1 ½ - 2 years previously), aspects seem [more] half baked, rushed and unpolished. It shouldn't take .1-.2 updates to debug core components when 6-12 months for more 10.X development would make more sense. We'll be ready for 10.10 soon! That's ridiculous.

Time to give someone else a chance (or coax back Serlet) and return to an OS X development cycle that makes more sense than rushed annual releases.
Score: 8 Votes (Like | Disagree)

nzalog
Loving that they are actually working out all the bugs and keep polishing before a final release.
Score: 7 Votes (Like | Disagree)

The last update caused iCloud and Keychain to go crazy, prompting login popups for many keychain access options that would not go away. Also, System Preferences froze if I attempted to view iCloud settings, and Safari froze immediately upon startup every time, rendering Safari unusable.


Didn't experience any of those issues on my MBP.
Score: 5 Votes (Like | Disagree) 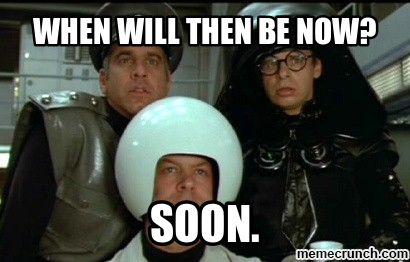 Google "Mavericks 100% kernel task" and peruse any of the hundreds of threads on the subject.

tl;dr The kernel does a lot of things.
Score: 3 Votes (Like | Disagree)

Time for an executive decision and remove him from OS X engineering. Nothing against him, I'm sure he's a brilliant programmer, but he's been in charge of 3 OS X releases (Bertrand officially left in '09, Federighi helmed 10.7 but wasn't officially placed on Apple's board until '11), about average for an Apple's SVP of OS X engineering. Since OS X moved to an annual release cycle to mirror iOS (compared to 1 ½ - 2 years previously), aspects seem [more] half baked, rushed and unpolished. It shouldn't take .1-.2 updates to debug core components when 6-12 months for more 10.X development would make more sense. We'll be ready for 10.10 soon! That's ridiculous.

Time to give someone else a chance (or coax back Serlet) and return to an OS X development cycle that makes more sense than rushed annual releases.

Do you really think they have someone more competent around or will be able to coax back a man as busy as Serlet? Serlet wasn't fired or forced out, he left on his own accord to pursue things he considered more interesting (apparently work on cloud computing) and is currently not only managing his own startup, also on the board of Parallels Inc. Versions helmed by him weren't prefect ether (specially 10.5, which I personally like to call Apple's Vista) and I suspect you're just being blinded by nostalgia thinking 10.7-9 are considerably buggier than what came before or weren't around reading people's comments with all the issues they had with 10.5.

As for the yearly release cycle, I get the feeling you're not really seeing the forest for the trees as you can't directly compare one version they've worked on for a year with another version they've worked on for two. Knowing that there's a number of things I'd like fixed (chief among them how badly OSX lags behind development in OpenGL), but are too big for ".1"-updates, I actually prefer a yearly release cycle rather than once every two years.

My favorite versions of OSX have been the ones where they've just stopped and focused on under-the-bonnet work like 10.6 and 10.9. I personally think every version of OSX since 10.5 has been fairly weak in the "new features" department, so you can't really blame Federighi for it on his own.

Also, even thou Federighi may have officially helmed 10.7, big software projects like major versions of an OS are often planned years ahead, meaning that while Federighi may have lead development, Serlet was in charge when the actually planning of the project was done.
Score: 3 Votes (Like | Disagree)
Read All Comments

Friday January 15, 2021 12:16 pm PST by Juli Clover
Surprise late night rumors last night provided us with our first in-depth look at what we can expect from the new MacBook Pro models that are coming in 2021, and there are some significant changes in the works. Along with additional ports, a new flat-edged design, and the removal of the Touch Bar, Apple's updated MacBook Pro machines will readopt MagSafe. MagSafe in the 2021 MacBook Pro...
Read Full Article • 190 comments