Basis, the company behind the Basis Health fitness tracker, has put itself up for purchase and has discussed the possibility of a buyout with tech companies including Apple, Google, Samsung, and Microsoft, reports TechCrunch. 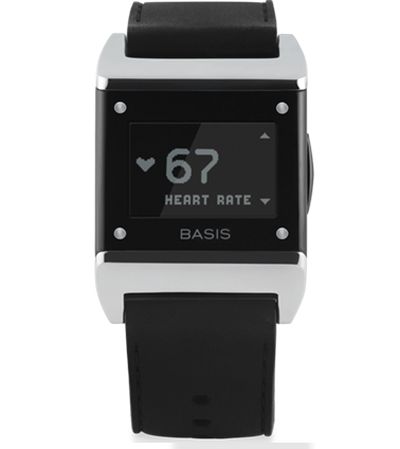 The price we’ve heard for any possible activity is “sub-hundred million” which could mean a small return for investors like Norwest Venture Partners, Mayfield Fund and Intel Capital, who have poured over $30 million into the company.

While it is unknown as to how much interest Apple has in purchasing the San Francisco-based company, an acquisition would make sense. Recent reports have suggested that the iWatch will include optical sensors to measure physical functions, and Basis' experience in developing advanced fitness tracking products would make them a natural fit as Apple looks to integrate more health-centric technology into its smart watch product.

Furthermore, Basis' most recent tracker includes the ability to monitor health-related metrics such such as heart rate, sleep activity, movement, perspiration levels, and skin temperature, which is similar to what past reports have indicated as tracking features for the iWatch. Apple is also said to be developing a "Healthbook" app for iOS 8 which could also be bolstered by the technologies currently found in Basis' products.

Over the past few months, Apple has also hired a number of health experts in fields related to heart rate monitoring and fitness tracking. Two executives from pulse-oximetry company Masimo joined Apple, which includes its former Chief Medical Officer. Other health-related hires have also been from C8 MediSensors, a company that develops non-invasive blood monitoring sensors.

Overall, details on the iWatch have been mostly limited, but more information is likely to be revealed as the product's release grows closer. It is unknown when Apple plans to launch the iWatch, but a fall release date alongside iOS 8 and a next-generation iPhone is likely.

Klae17
A few good reasons to Apple should buy for iWatch:

1. Get the product into the market faster!
2. Use existing and proven technologies.
3. Get experienced talent.
4. Gain instant experience
5. Block others with obtained IP.

A few good reasons Samsung should have waited for Apple.

iLondoner
Apple is supposed to be just months (maybe six, maybe ten) away from the launch of the iWatch, and if it needs to buy this company to help the iWatch become a reality then it doesn't say much for how far Apple developers have got under their own steam.

It makes me wonder whether Basis realises it is about to be totally eclipsed by what's coming and the venture capitalists want out before the company is overwhelmed. After all, if Apple had wanted the Basis technology surely it would have acquired the company long before now, without waiting for an invitation?

They know Apple is coming for them.


But the headline and article are wrong, and intentionally so because they are turning into hit-whores.

Apple is NOT shopping for smart-watch companies, particularly ones with clumsy implementations.

This is about a company that is shopping itself TO Apple and others. It's basically "we are having trouble with our next round of financing, so please buy us before we become irrelevant in 3 months".
Score: 3 Votes (Like | Disagree)

Hard to see when this iWatch is coming then; what stage of development they're at.

Well the first generation "iWatch" doesn't necessarily have to have all the bells and whistles. In fact history suggests that it won't...

Hard to see when this iWatch is coming then; what stage of development they're at.


Doesn't anyone read the entire article? Any iWatch article MacRumors posts? Every single one of them since 9to5mac reported on it, states there is an expected 'Healthbook' app set for iOS 8. iOS 8 has a 100% chance of being released this year, thus there is an app specifically designed for cataloging iWatch data set to be released in iOS 8, this year (granted nothing is set in stone). That said, the iWatch (or whatever it will be called) is highly likely set to be released this year.

I still want to know why there's an interest in health features all of a sudden. I have my theory, but I still would like to know.


Because it is the future? Why was there the sudden interest in a larger screen when Apple released the iPad? The future is health being monitored constantly, and it will save lives. I don't see the unintelligible aspect of this...
Score: 3 Votes (Like | Disagree)

ThunderSkunk
While it's fun to think about Apple getting into Watches, TVs and Electric Cars, it's also fun to think about what OS X could be if they'd put those resources into it instead.
Score: 2 Votes (Like | Disagree)
Read All Comments