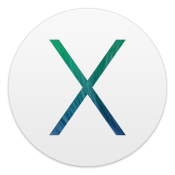 The update is available to registered developers through the Software Update mechanism in the Mac App Store as well as through the Mac Dev Center.

Apple continues to ask developers to focus on mail, messages, graphics drivers, VoiceOver, VPN, and SMB2. Earlier betas of OS X 10.9.2 began allowing Mac users to block people on iMessage and FaceTime, as can be done in iOS 7, and also introduced FaceTime Audio.

noiceT
How about bringing back Color Labels..?
Rating: 3 Votes

Hey Macrumors, you stole my thread:

On the plus side, UI performance on my Unibody A1342 MacBook has sped up considerably (was getting Launchpad lag on the previous build) and my CPU and GPU temps have come down quite a bit along with RAM usage.

I am however getting audio interference on my external USB speakers where there was none before.
Rating: 2 Votes

kaellar
Am I the only one waiting for graphics performance bump to what we saw in DP6-7? Right now the OpenGL performance is lower than that by 35-50%, which is definitely NOT normal.
Rating: 2 Votes

It's a HUGE issue for anyone using any external audio interface!

So far all the betas have made the issue much worse, and it's unusable for any professional or amateur use.

I don't understand why apple has messed with the sound part of the OS code it makes no sense considering any audio app should be auto excluded from it anyway.


What problems do you have?
I'm not having issues with the beta's and I've been doing recordings with external cards. Not Core audio though, dedicated drivers..
Rating: 1 Votes


Why do these betas download better with chrome than safari?


..don't get mad at me, but i bet this time chrome is snappier!
Rating: 1 Votes

bbfc
Usually it appears in the MAS quite quickly. :confused:
Rating: 1 Votes

ZOZO5
I just want FaceTime Audio, for the various hours of the day where I'm not presentable. :)
Rating: 1 Votes
[ Read All Comments ]