An online iCloud Bookmarks section, if added to iCloud, could be useful for users that wish to access their bookmarks on a computer that is not used regularly. While iCloud already syncs Safari bookmarks between Macs and iOS devices, iCloud bookmarks are not currently accessible via iCloud.com.

First discovered by a Twitter user (via 9to5Mac), the iCloud Bookmarks page can be seen briefly when visiting a specific URL, originally accessed by installing the Chrome extension from the iCloud Control Panel for Windows app on a PC: http://icloud.com/bookmarks_extension

Though the page text suggests that an iCloud Bookmarks feature could be in the works for iCloud.com, it is possible, based on the "extension" URL, that it is referring to an iCloud Bookmarks extension, but iCloud browser extensions for both Chrome and Firefox on Windows have been available for several months following the launch of iOS 7.

As noted by 9to5Mac, the introductory screen also features the iOS 7-style design for Bookmarks, which seems to indicate that it was rather recently created, pointing more towards a new feature than an old page for an existing feature.

Apple has been hard at work beefing up iCloud during the last year. At WWDC, the company introduced iWork for iCloud, giving users a way to work on collaborative documents from any device, and more recently many of the apps received a full iOS 7-style redesign.

ryansimmons323
I once found this funny icon from iCloud when I was posting a link to www.icloud.com on Facebook. This appeared as the thumbnail that would be posted with the link. 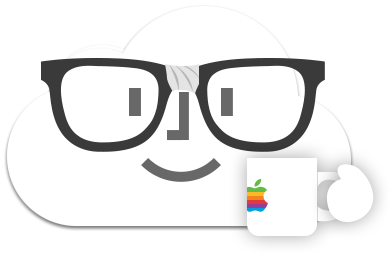 curmudgeon32
What I *really* want is the ability to do iMessage from a browser.
Score: 9 Votes (Like | Disagree)

HenryDJP
I'm a little confused here. What's the difference between "iCloud Bookmarks" and iCloud syncing bookmarks between Macs and iOS devices? Right now I can reformat my iMac's hard drive and download my bookmarks from iCloud onto my iMac. So what else would someone need? :confused:
Score: 7 Votes (Like | Disagree)

I'm a little confused here. What's the difference between "iCloud Bookmarks" and iCloud syncing bookmarks between Macs and iOS devices? Right now I can reformat my iMac's hard drive and download my bookmarks from iCloud onto my iMac. So what else would someone need? :confused:


If they are on a Windows/Linux machine or a public device where they can't set up iCloud syncing, they can still access their bookmarks.
Score: 5 Votes (Like | Disagree)

You thought of it before it was cool!


Not really. This was a feature years ago back when iCloud was called .Mac.

It was handy at times, and it was perplexing when it was dropped in one of the transitions. Seems like the easiest feature of all the .Mac/MobileMe/iCloud ones to implement.
Score: 4 Votes (Like | Disagree)
Read All Comments