Apple today released the second beta of iOS 7.1 to registered developers for testing purposes, following the release of the first iOS 7.1 beta back in mid-November. The update has a build number of 11D5115d and is available via an over-the-air update or through Apple's developer center website. 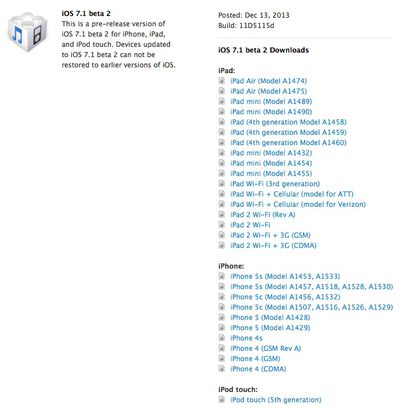 Release notes from the first iOS 7.1 beta indicated that the update fixes network connection issues in addition to other bugs. The beta also included a new Yahoo logo, extra burst mode uploading options for the camera, and an option for a "dark keyboard" in the Accessibility section.

According to the iOS 7.1 beta 2 release notes, this update fixes several bugs, including one that caused all tones to sound like the default. The settings for Touch ID and Passcodes have also been moved from General settings to the main settings menu and Calendar has a new list view toggle.

While the "dark keyboard" option appears to have been removed from accessibility options, there's a new "Button Shapes" option that can be turned on to indicate where tappable areas are located. Animations appear to be faster in iOS 7.1 beta 2 and Control Center has gained a new bounce animation and music labels that show the audio source.

Apple has also seeded a new version of the Apple TV beta software, along with Xcode 5.1 Developer Preview 2.

Update: As noted by 9to5Mac, iOS 7.1 may add support for iOS in the Car, which is designed to provide enhanced iOS integration in compatible automobiles. In the second beta, iOS 7.1 includes a "Car Display" toggle in the Restrictions Settings panel, along with additional iOS in the Car references, suggesting that iOS in the Car could come in early 2014.

With iOS in the Car, iPhone owners will be able to connect their iOS devices to a compatible car to access maps, get directions, check messages, and more by displaying iOS content on the car's navigational screen.

The beta also included a new Yahoo logo, extra burst mode uploading options for the camera, and an option for a "dark keyboard" in the Accessibility section.

They changed all the icons.

Come on, that's not really still 'a thing' is it? Get over yourself, it not a big deal :rolleyes:
Score: 13 Votes (Like | Disagree)

- Calendar App is fixed: List below the month
- Option for showing buttons for clickable elements

I hope they release it son!!! 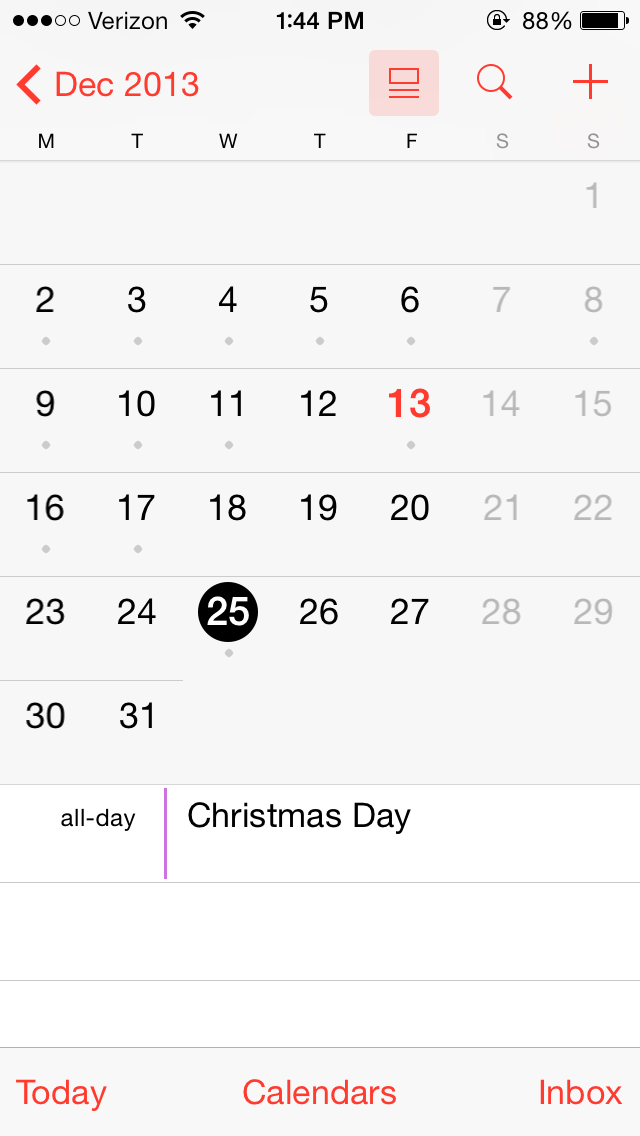 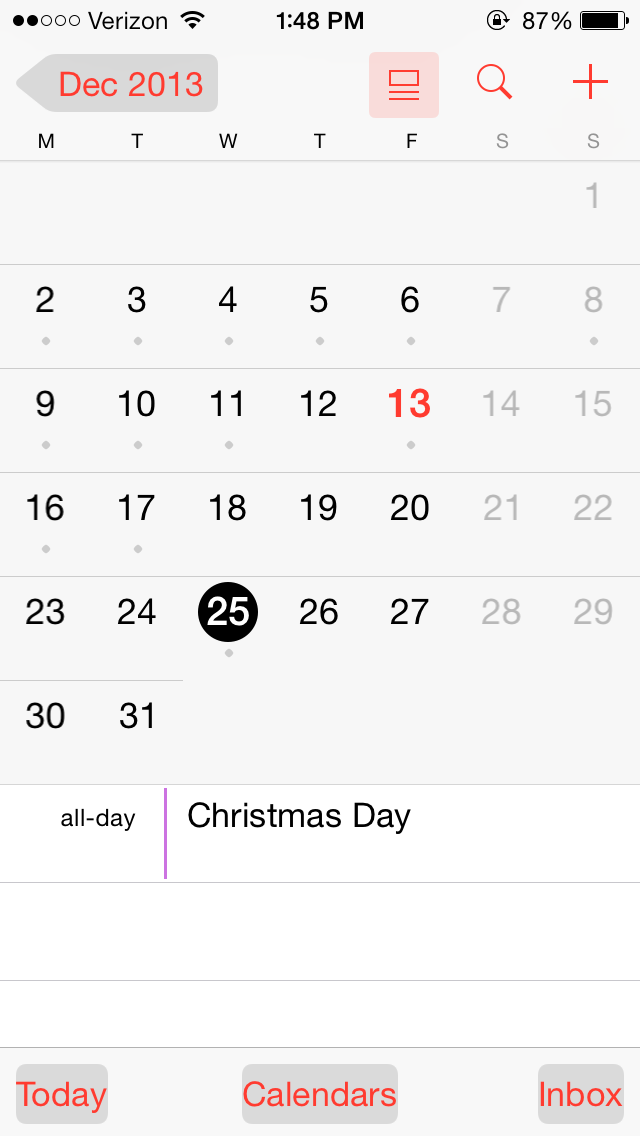 Lapidus
They changed all the icons.