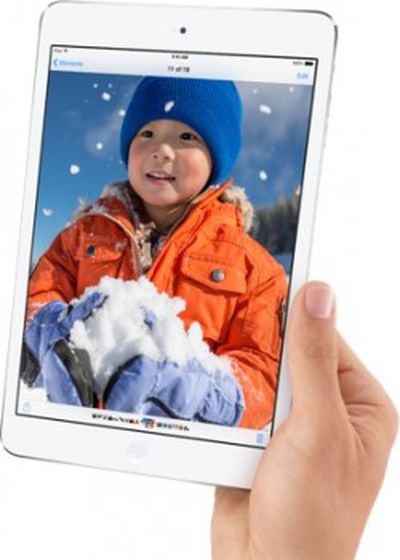 In a new research note published today, Cantor Fitzgerald analyst Brian White shares data from his "Apple Barometer" for the month of November, with strong increases hinting that Apple will see blockbuster performance for the holiday quarter. White's metric, which tracks performance of Taiwanese suppliers known to be heavily reliant on Apple, has seen record performances for both October and November.

Given the combination of a record October performance and our expectation of record growth in November, our Apple Barometer is on track to report stronger-than- average seasonality in 4Q:13. If we assume an average MoM sales decline of 10% in December, we estimate our Apple Barometer will grow sales by 28% QoQ in 4Q:13, or more than double the average increase of 13% over the past eight years.

White attributes the strong performance by Apple's supply chain to robust demand for Apple products such as the new iPhone and iPad models, with an iPhone production boost to support a launch on China Mobile in the coming weeks perhaps also contributing.

Investor confidence in Apple is also increasing as the company appears poised for a strong holiday quarter. After falling significantly from late 2012 through the early part of this year, Apple's stock has been rebounding during the second half of 2013, setting a new 52-week high yesterday following a roughly 10% surge over the past two weeks. Like White's reasoning for strong Apple Barometer performance, the recent Apple stock spike has coincided with evidence of strong consumer interest in the company's products for the holiday shopping season, as well as the potential culmination of an iPhone deal with China Mobile, the world's largest carrier.

I know correcting grammar/spelling on MR is considered to be rude, so please don't take offense. It's just that reading this comment made me want to drop-kick a puppy.


Reading this comment makes me want to drop-kick a kitten.

It's one ****ing extra letter, if it bothers you that much just PM the poster instead of making a comment.

Don't people have any common sense these days?
Score: 5 Votes (Like | Disagree)

lolkthxbai
But! But...! Investors and Analysts said "Apple is Doomed"!!!
Score: 2 Votes (Like | Disagree)

proline
Can't wait to see the haters spin this into bad news. iOS7 and Mavericks are taking Apple to new highs.
Score: 2 Votes (Like | Disagree)

Hard for me to understand because I'm a long term investor. Apparently most AAPL investors aren't.

Well, the actual problem is that there are two overlapping markets, they just happen to buy the same stocks.

There's individuals like you and me who buy companies with our own money based on how we view the future of those companies. Based on the people I talk to I don't think people like us have done much over the last 4 years. Everyone I know just keeps holding onto their shares.

If we were all there was, it would be a very stable stock.

But we're overlaid with the other kind of investor: The fund manager. This is a guy responsible for billions of dollars of other people's money. Like, say, a pension manager for a city government or large company. It's not his job to get a huge return, but rather to hit a specific (but safe) annual return.

Those are the guys that pumped a ton of money into Apple and shot it up to $700. They're also the guys who moved on at that point because it wasn't going to go much higher. And that was the right move for those guys. They didn't do anything wrong. It's not their job to invest in companies long term, it's their job to protect their own business' money.

But what that does is rock the ocean for you and me. We own sailboats and they're oil tankers. And we're all playing in the same pool. And when they stand up it has a big effect on the water level.
Score: 2 Votes (Like | Disagree)

Apple is Doomed! It is soooo DOOOMED!!! This can't possibly be a good sign! Somehow, it spells CERTAIN DOOM! :D
Score: 2 Votes (Like | Disagree)

That said, it should be clearly pointed out that Tim Cook says that predicting Apple's future based on the supply chain is unwise.

All MacRumors posts about the supply chain should have this notation.
Score: 2 Votes (Like | Disagree)
Read All Comments