BlackBerry Board Refused to Break Up Company Despite Interest From Apple, Others 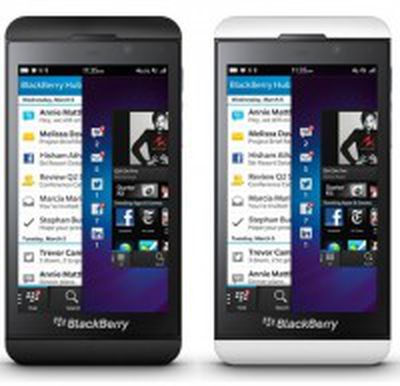 Apple and Microsoft both expressed interest in acquiring portions of BlackBerry, according to a new report from Reuters. BlackBerry's board ultimately elected not to break up the company, despite Apple's interest in its intellectual property and patents. According to the report, the company also had discussions with Microsoft, Cisco, Google, and Lenovo.

BlackBerry Ltd's board does not believe a break-up of the Canadian smartphone maker is currently in its best interests, even though Microsoft Corp, Apple Inc and Lenovo Group Ltd, among others, have expressed interest in acquiring parts of the company, according to people familiar with the discussions.

The board rejected proposals from several technology companies for various BlackBerry assets on grounds that a break-up did not serve the interest of all stakeholders, which include employees, customers and suppliers in addition to shareholders, said the sources, who did not want to be identified as the discussions were confidential.

Earlier this year, the struggling BlackBerry was forced to initiate significant layoffs. The company received a $4.7 billion takeover bid from Fairfax Financial in September, though Fairfax Financial and BlackBerry ultimately chose not to proceed with its offer, with BlackBerry CEO Thorsten Heins stepping down in favor of John Chen, former CEO of Sybase.

Instead, Fairfax Financial and several other investors have opted to invest $1 billion in BlackBerry via debt securities, giving BlackBerry a chance to re-establish itself in the smartphone market, where it has been unable to keep up with the competition.

BlackBerry holds a number of valuable patents, worth approximately $1 to $3 billion. In 2012, its patent portfolio grew by 986 patents, many of which would be relevant to competing smartphone companies like Apple and Google. BlackBerry's patents are also relatively new, giving them a long lifespan and increasing their overall value.

BlackBerry's latest phone, the Z10, saw steep discounts just months after its launch due to weak sales. BlackBerry has had better success with its recently released BlackBerry Messenger apps for iOS and Android, which saw more than 10 million downloads within the first 24 hours.

This is just another example of a company that didn't take Apple seriously enough when they unveiled the iPhone back in 2007, because the powers that were at the time didn't think that they (Apple) could break in to the market. Just goes to show you, you snooze, you loose.
Score: 22 Votes (Like | Disagree)

Then why did Apple, Microsoft and Google all offer to buy only parts of the company? Apple could have bought the entire company and then sold off the parts it has no use for and made money. They didn't so I suspect you are wrong. The parts are not worth more or someone would be acted on that already.


Good chunks of the company are a huge liability. How do you sell a liability?
Score: 15 Votes (Like | Disagree)

gmcalpin
This is almost certainly a case where the parts of the company are worth more than the whole thing
Score: 14 Votes (Like | Disagree)

BlackBerry had a real window to remain a power player in the smart phone world if they had developed a custom version of Android designed to add classic Blackberry features to a keyboard equipped Android device. Had that been released within the first year of Android's launch, Blackberry would have remained the top device for its segment.

flottenheimer
If they were merged into, say, Lenovo, it could be interesting.
On their own I feel pretty confident that they won't make it. It will be painful to watch.
Score: 9 Votes (Like | Disagree)
Read All Comments