Apple Offering 'Free' Updates to All Owners of Aperture, iWork, and iLife; Not Worried About Unethical Users 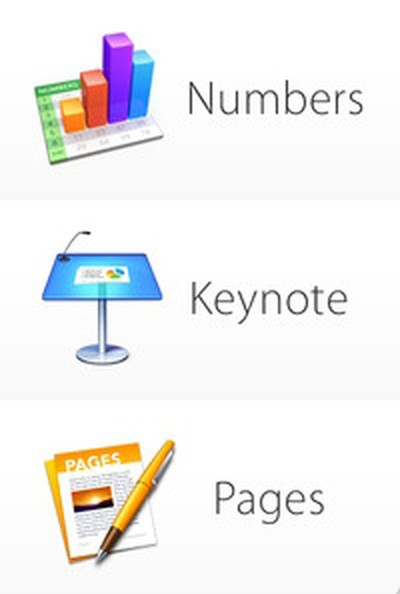 In order to ensure that no legitimate software owners are left behind, according to MacTrast, Apple has eliminated its legacy software update mechanism entirely and is instead pushing all software updates onto the Mac App Store.

According to a MacTrast source at Apple:

It’s no coincidence that Apple’s support site doesn’t have downloads for the new Aperture, iWork, and iLife updates. They aren’t in our Software Update system either – and there’s a good reason for that. With Mavericks, we have changed the way we distribute updates for legacy versions of our apps

While we are aware that this enables piracy of our apps for unethical users, Apple has never taken a strong stance or action against piracy in the past. We like to believe that our users are honest, even if that belief is in vain.

As a result of Apple's changes, all users with older versions of Aperture, iWork or iLife installed -- even if acquired through less-than-ethical means -- should be able to upgrade to the latest versions through the Mac App Store.

We like to believe that our users are honest, even if that belief is in vain.

BeyondtheTech
Unlike Microsoft, where all customers are treated as criminals.
Score: 101 Votes (Like | Disagree)

britboyj
Good. Can we stop people from making Powerpoint presentations that look like a middle schooler made them and have people start using Keynote now please?
Score: 44 Votes (Like | Disagree)


DO YOUR RESEARCH. Do NOT upgrade iWork yet unless you want to be severely disappointed.


I did upgrade and I'm not disappointed. And my text is bigger than yours.
Score: 43 Votes (Like | Disagree)

djtech42
Thumbs up for Apple! :)
Score: 40 Votes (Like | Disagree)
Read All Comments

Friday June 18, 2021 11:36 am PDT by Juli Clover
With iOS 15 and macOS Monterey, Apple is adding several quality of life improvements, which are designed to address some of the complaints that people have had with these operating systems for years now. Subscribe to the MacRumors YouTube channel for more videos. In our latest YouTube video, we're highlighting some of our favorite "fix" features that address long-running problems in iOS and...
Read Full Article • 124 comments

Friday June 18, 2021 9:16 am PDT by Joe Rossignol
Apple this week stopped selling its Magic Keyboard with Numeric Keypad, Magic Mouse 2, and Magic Trackpad 2 accessories for the Mac in a Space Gray color, around three months after discontinuing the iMac Pro, which also came in Space Gray. Last month, Apple listed the Space Gray accessories as available while supplies last, and the company has now removed the product pages from its website...
Read Full Article • 120 comments