U.S. Mac Sales Continue to Sag Ahead of October Updates

Apple’s Mac sales are down seven percent year over year for the full September quarter, according to a new report from Piper Jaffray analyst Gene Munster who looked at September data from market research firm NPD.

Based on the data, Munster suggests that U.S. Mac sales in the month of September were down 14 percent year over year, as during the July to August period, sales were down just three percent but dropped to seven percent down for the overall quarter.

We have analyzed domestic NPD retail data for the full September quarter which suggests Mac sales are tracking down 7% y/y. We note that the September data suggested the last month of the quarter was down 14%, which brought the average down from down 3% through the first to months to down 7% for the full quarter.

As with his previous reports, Munster notes that it remains difficult to extrapolate NPD data to Apple’s global sales performance, but he views the September quarter data point as "likely a neutral" due to the introduction of new MacBook Airs in June.

Despite the fact that Apple is expected to debut Mavericks, updated Retina MacBook Pros, and the Mac Pro in October, Munster believes that Mac sales will continue to decline as Apple customers shift to iPads, with Macs representing a smaller part of Apple's overall business. Currently, Macs represent less than 15 percent of Apple’s total revenue.

iPod sales continue to decline too, with NPD data suggesting that domestic units are down 36 percent year over year (up slightly from 41% in the August data) in the full third quarter, with a 20 percent year over year drop in September. Because iPods now represent just 2% of all Apple’s revenue, the overall impact of this sales decline is minor.

djtech42
Apple hasn't been updating the Mac line enough. It's as simple as that. If they want more sales, they need to do something.
Score: 25 Votes (Like | Disagree)

Alphabetize
I hope Apple continues to make the Mac, and I hope the entire PC industry continues creating computers for professionals.

I cannot do what I need to do on a tablet or a smartphone.
Score: 24 Votes (Like | Disagree) 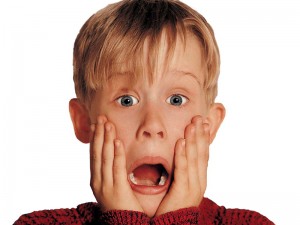 Nevaborn
Wow this is breaking news indeed, people stop buying current models of something because a new one is about to be released.

likemyorbs
It's called update your hardware.
Score: 15 Votes (Like | Disagree)

ColdShadow
Mac is and always will be the best product Apple makes.
Score: 14 Votes (Like | Disagree)
Read All Comments