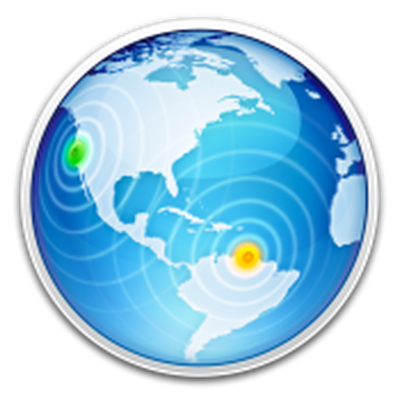 Apple has this to say about OS X Mavericks Server on the marketing page for the software:

OS X Server includes a number of innovations that will help the people who use your network as well as the people who manage it. The new features in Xcode Server make it easier than ever for a Mac or iOS development team to create robust, reliable software, thanks to continuous integration, testing, and repository hosting services. Caching Server 2 speeds up the download and delivery of software through the App Store, Mac App Store, and iTunes Store, and it can now cache on your server for faster downloading to iOS 7 devices. And Profile Manager has an array of new management features for iOS 7 and OS X Mavericks that simplify software distribution of apps and books.

Wouldn't it be better to fresh install any new operating system anyway?


OS X server isn't it's own OS. Now it's pretty much just an app that you install.
Score: 6 Votes (Like | Disagree)


What were your problems? I've updated my Macs effortless to every new release without any problems over the past 10 years.
Score: 5 Votes (Like | Disagree)

I only stated that because the forum constantly recommends it. Any time there is some large upgrade, "Do a fresh install." Whether it be iOS, OSX or Windows. Thanks for the input.


It also doesn't matter whether it's Linux, FreeBSD or any other operating system, including OS X - upgrades ALWAYS carry long forgotten corpses and outdated, unstable or even incompatible drivers with them and they NEVER run as well as fresh installations. And that assessment is based on 30 years of IT experience, not forum hearsay.

I do this stuff for a living in a global network environment, and whenever I can avoid it, I don't perform and upgrade but make a fresh installation instead. (Router and switch operating systems like Cisco IOS and Mikrotik RouterOS are the only exceptions.)
Score: 2 Votes (Like | Disagree)

kiantech
Hopefully the update from Mountain Lion to Mavericks server won't be has horrible as the update from Lion to ML. I swear I almost threw my mac out the window.
Score: 2 Votes (Like | Disagree)

Wouldn't it be better to fresh install any new operating system anyway?

This isn't Windows. "Better" is subjective here. There were some things along the way that you could only use if you upgraded. If I rember correctly, the version that officially dropped support for Classic was still able to run it if you had upgraded. There have also been various apps over the years that an upgrade install wouldn't remove, so you could keep using them, but you wouldn't get the with a clean install.

All that aside, Apple's upgrade process actually works. In my experience as a highly skilled bench technician, I found that every time someone brought in a computer wheret hey'd done the upgrade themselves and it failed, it always came down to a hardware problem--usually either a bad hard drive or bad RAM. The difficulty with making this claim is that there isn't a good hard drive testing program for the MAC (so in forums, people will dispute that they have a bad hard drive because all the Mac tools tell them it's fine); we always had to pull hard drives out and test them on PCs. Obviously, this annoyed the Mac purist in me, so I wrote my own by modifying e2fsprogs' badblocks tool.

The moral of the story is that no, it isn't decidedly better to do a clean install on OS X. Unless you explicitly want to get rid of everything you've already done, you're just making your life harder and wasting your time.
Score: 1 Votes (Like | Disagree)

What were your problems? I've updated my Macs effortless to every new release without any problems over the past 10 years.


Were they server versions? I've updated non-server versions without issue as well, but the server upgrades have been hit or miss.
Score: 1 Votes (Like | Disagree)
Read All Comments