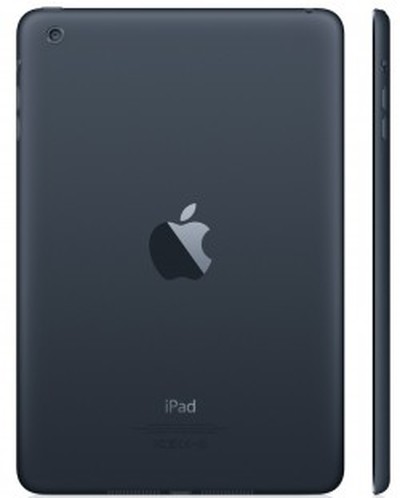 Following a report earlier this week from market research firm IHS iSuppli, sources from inside Apple’s supply chain have stated that the Apple will be unable to roll out a next-generation version of the iPad mini with a high resolution Retina display this month, reports Reuters. Specifically, the sources are expecting Apple to wait until early next year for a full-fledged launch or make the iPad mini with Retina display available only in very limited quantities this year.

The reason behind the delays in manufacturing the retina display screens for the iPad Mini were unclear. One source at a supplier said there were delays in Apple's certification of panel producers, which were given strict power-saving requirements.

The news of problems with strict power-saving requirements are consistent with the previously rumored challenges related to the integration of the Retina display and the compact size and exceptional battery life of the iPad mini. Additionally, two of the sources have also stated that Apple has told told suppliers to reduce cost, with one person saying that the company may roll out a separate new iPad mini with 8 GB of storage to compete in emerging markets.

Notably, KGI Securities analyst Ming-Chi Kuo claimed last month that the Retina iPad mini would indeed make an appearance before the end of the year. Apple has been expected to launch its redesigned iPad and a Retina iPad mini in the near future, with Reuters claiming that the unveiling is indeed planned for this month.

cclloyd
No retina would make me a sad panda.
Score: 13 Votes (Like | Disagree)

...miss all the Xmas sales? Isn't that the point of revamping nearly the entire line in the final 4 months of the year?

As someone who was hoping to use one of these as an xmas gift, I hope this is wrong.
Score: 13 Votes (Like | Disagree)

IbisDoc
Once they realized that Google had made the current mini even more obsolete than it already was, they just didn't have enough time to produce a retina mini.
Score: 12 Votes (Like | Disagree)

This is what Steve was good for. He would of told his team to buckle down and make it happen. Next year would not have been good enough.

Then again Steve wouldn't have released a non-retina iPad mini in the first place.


You mean the same Steve that didn't put 3G in the first iPhone when everyone said that was too late?

The same Steve that didn't put 4G into the next two iPhones even though everyone said that was too late?

Or the same Steve that made the first 2 iPads without retina displays even as they were putting them into iPhones?


I don't know where the idea that Steve was some sort of ultra-new-tech-pushing-god came from, but it's pretty ridiculous.
Score: 9 Votes (Like | Disagree)

This is what Steve was good for. He would of told his team to buckle down and make it happen. Next year would not have been good enough.

Then again Steve wouldn't have released a non-retina iPad mini in the first place.


Steve wouldn't release a mini-tablet unless it could cook a 5 course meal. All praise Steve.

Friday June 18, 2021 9:41 am PDT by Sami Fathi
After a long wait, YouTube for iOS is officially gaining picture-in-picture support, allowing all users, non-premium and premium subscribers, to close the YouTube app and continue watching their video in a small pop-up window. In a statement to MacRumors, YouTube says that picture-in-picture is currently rolling out to all premium subscribers on iOS and that a larger rollout to all US iOS...
Read Full Article • 129 comments