Popular messaging service BlackBerry Messenger is reportedly set to launch on iOS this Saturday, September 21, reports CrackBerry. Specifically, an event for the service’s upcoming launch on Apple’s iOS and Google’s Android platform is apparently set to be held in Jakarta, Indonesia on September 20, with the service’s iOS app to appear in the App Store a day later at 12:01 AM in local time zones. BBM, which functions similarly to Apple's iMessage, was one of the first proprietary mobile messaging services and remains popular to this day with more than 60 million active monthly users. 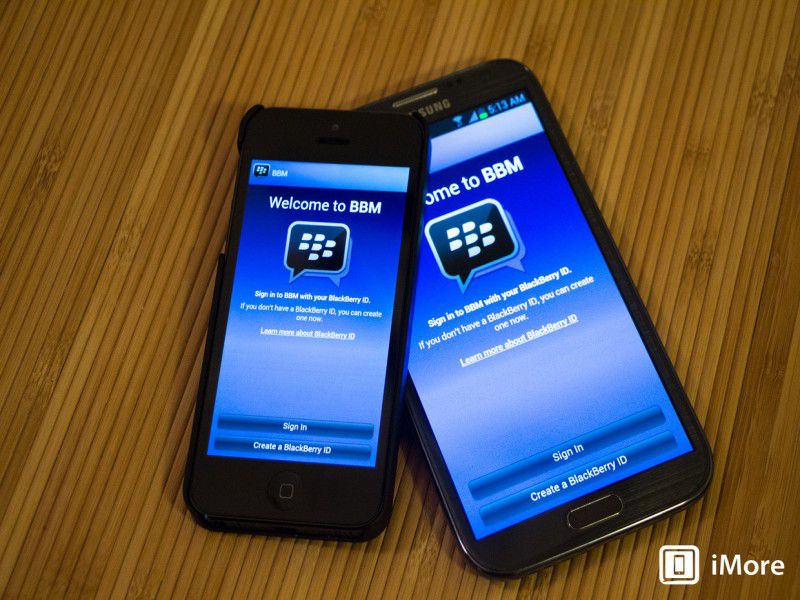 We've received quite a few emails that do suggest the date is correct and here's how it's all going to go down by order of launch timing:

A beta for BlackBerry Messenger on iOS was deployed last month, with an official user guide posted three weeks after the launch of the beta. Earlier this month, BlackBerry Social Media Manager Alex Kinsella stated that the app had been submitted for review and was pending approval from Apple before its official launch.

Update: Blackberry has announced official release dates for its upcoming Messenger apps. BBM for iOS will launch at 12:01 AM local time on Sunday, September 22.

Lancetx
This is nice for those with friends still on Blackberry, but since I literally don't know anybody that still has one anymore, I'll just stick with iMessage.
Rating: 5 Votes

I just registered my BlackBerry® ID!

Nickerbocker
Great! I can finally communicate with all my friends who use BB devices if ever I were to invent a time machine and go back to 2007.
Rating: 3 Votes

seble
Npt even out yet and the welcome interface looks old
Rating: 3 Votes

adildacoolset
There seems to be a lot of fud here, and doubt about the usefulness.

For people in developing countries (including yours truly), a lot of people use blackberries because of cheap prices, and the cheap blackberry unlimited plans. I should point out that they buy the old ones, you know, the crappy ones. I know a good amount of people who use it with this context.

AdeFowler
And, Blackberry introduce another reason not to buy a Blackberry. :confused:
Rating: 2 Votes

pgillett72
I think some people are missing the point of this...BBM is an awesome messenger app, IMO nicer than Kik or Whatsapp, and as such will be an awesome app that ppl on iPhone can use to chat with friends, regardless of platform. Don't get so bogged down in wishing death on RIM that you overlook a good, free, functional app. (that is of course taking for granted that it works well on release, fingers crossed in that regard)
Rating: 2 Votes

furi0usbee
Nice. I hear the app is free, but the external keyboard connector, with special connector port will run you $49.95, $10.00 less if you buy directly from BB. I think physical keyboards are surely the future, and this release proves it!

Npt even out yet and the welcome interface looks old


Whoops, back to the drawing board for another 2 years working on that "flat look." They must not have got the message iOS 7 was almost here.
Rating: 2 Votes
[ Read All Comments ]