Apple has started taking pre-orders for the iPhone 5c in 10 countries around the world, including the U.S., Australia, Canada, China, France, Germany, Hong Kong, Japan, Singapore and the United Kingdom.

Pre-orders are available directly from Apple in most countries via the Apple Online Store and the Apple Store iOS App [Direct Link]; historically, the iOS app has been more resilient against traffic surges than the online store. 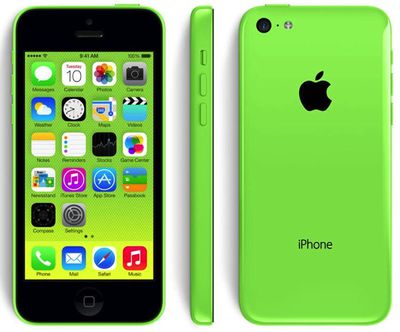 In the U.S., pre-orders are available from:

Dulcimer
Too bad everyone wants the 5s.
Score: 34 Votes (Like | Disagree)

wikiverse
I genuinely do not understand the excitement.

This is just an iPhone 5 and Apple released it 12 months ago.

This, quite literally, is Malibu Stacey's new hat.

Your no skill laborers make 14 dollars and hour.

dol4n
This is beyond me, how a well respected company like Apple can go do something like this...

Too bad everyone wants the 5s.


I have a 5 and typically update every other year. The touch ID and faster chip is nice but as much as I am a die-hard Apple fan, there are two key issues:

1. Next year's 6 needs to come in two sizes, a 4.8-5 inch screen to rival the competitors because people do want bigger, and the current size. And not just keeping the 5S around, but actually offering the new model in two sizes that both get whatever new hardware bells and whistles come along.

2. While I have been beta testing iOS 7 I would have to say that some features are nice, but on the whole there are simply too many mistakes and wrong turns. Getting away from skeumorphism is a good idea, there are still issues with the new iOS. Probably the biggest is the reluctance to make an even larger paradigm shift. This was the first real shakeup and they didn't take advantage of the change to really change. A few features and different colors/icons/styles doesn't count.

Here's to hoping for some real innovation for iOS 8 or 9 in the next year or two as well as with the iPhone 6.
Score: 8 Votes (Like | Disagree)
Read All Comments