Apple has just released the sixth beta version of iOS 7 to developers for testing purposes. The update is available as an over-the-air update to existing beta testers and it can also be downloaded via Apple's Developer Center.

It was rumored earlier today that Beta 6 might be released next week, roughly two weeks after the release of Beta 5; however, the odd timing of this release -- Apple traditionally releases new iOS betas to developers on Monday mornings -- along with its small size, only 13.5MB on an iPhone 5, suggests that it could be some kind of urgent bug fix. 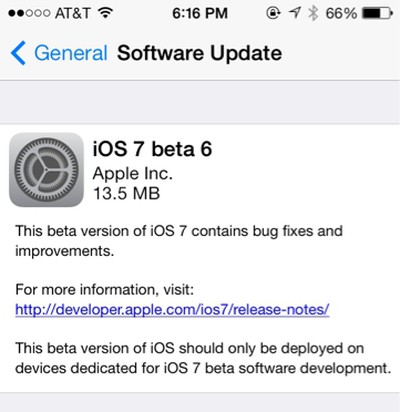 The new beta arrives as build 11A4449d, and comes a little more than week after the previous beta 5, which had a build number of 11A4449a.

iOS 7 is scheduled for release in the fall of this year, with updates to Apple’s iPhone and iPad lineups expected around the same time. If past history is any indication, iOS 7 should be made available to the public just a few days before the launch of the next-generation iPhone.

Update: Apple notes on the iOS Developer Center that the release fixes an "issue with iTunes in the Cloud, where some purchases may download or play unexpected items."

vojta3476
I still wish they would have changed the Photos icon to the one on the right. :(


Enough with this crap already, it's gotten old.
Score: 26 Votes (Like | Disagree)

Joe HS
Interestingly you can "cut" text out of the description 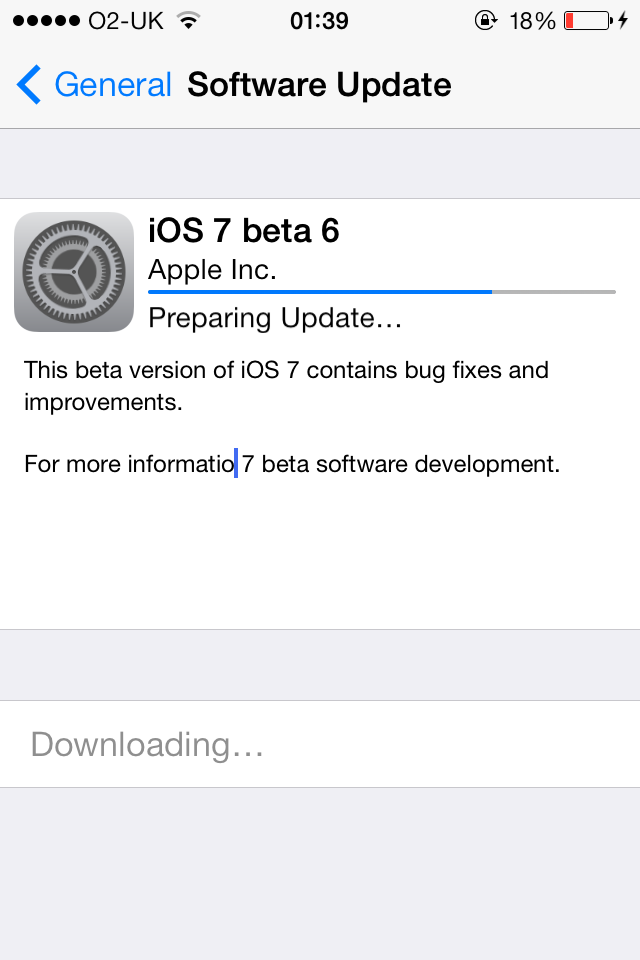 suggests that it could be some kind of urgent bug fix.


Yes, that would make such a massive difference...

It says 'emergency'. What's more of an emergency than those awful icons?


Overcome it. Hopefully Apple won't change them. And your moaning is boring.
Score: 11 Votes (Like | Disagree)
Read All Comments