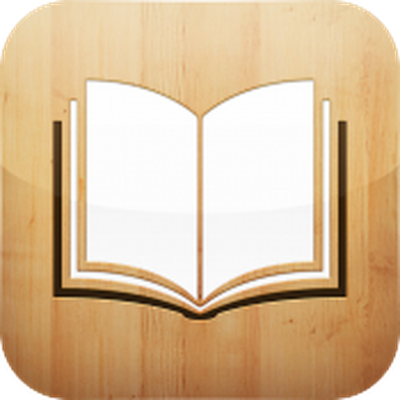 Following the Department of Justice's release of a proposed remedy to address Apple's e-book price fixing, Apple has filed its own brief (via The Next Web) that calls the plan a "draconian and punitive intrusion into Apple's business, wildly out of proportion to any adjudicated wrongdoing or potential harm."

Plaintiffs propose a sweeping and unprecedented injunction as a tool to empower the Government to regulate Apple’s businesses and potentially affect Apple’s business relationships with thousands of partners across several markets.

Plaintiffs’ overreaching proposal would establish a vague new compliance regime—applicable only to Apple—with intrusive oversight lasting for ten years, going far beyond the legal issues in this case, injuring competition and consumers, and violating basic principles of fairness and due process. The resulting cost of this relief—not only in dollars but also lost opportunities for American businesses and consumers—would be vast.

The DOJ's remedy would require Apple to terminate its existing agreements with the five major publishers that the company is accused of conspiring with in addition to allowing its e-book rivals like Amazon and Barnes and Noble to offer links to their own bookstores within their apps.

It would also require Apple to allow a third party to monitor its continued adherence to internal antitrust compliance policies and prevent the company from entering into agreements with music, movie, TV show, and book providers that could increase prices for rival retailers.

The App Store section of the proposal is particularly troubling for Apple, as it would potentially allow major e-book retailers like Amazon and Barnes and Noble to link to outside bookstores and sell e-books without being subject to Apple's 30% in-app purchase fee. According to Apple, its App Store is outside of the scope of the case and unconnected to evidence that was presented at trial.

There was no evidence admitted at trial, and certainly no finding by this Court, that Apple's general policy requiring e-book retailers to pay a commission on in-app digital sales was part of the conspiracy that this Court found. Likewise, there is no evidence that Apple conspired to restrain the distribution of e-book apps or to impose less favorable terms on such apps.

In addition to calling the remedy punitive and draconian, Apple argues that the DoJ's terms are "absurdly broad" and that the proposed compliance monitorship would be "unprecedented and unwarranted."

Apple asks the court to reject the proposed injunction entirely, or greatly narrow its scope. A hearing to discuss the proposal is set for August 9.

Come on, I'm tired of seeing this tirade about how unfair this is.

Did Apple sign contracts with MFN clauses in them? Yes
Did these clauses force prices to go up? Yes
Are higher prices a benefit to consumers? No
Did Apple knowingly do this with the cooperation of publishers to increase the prices? Yes
Did all these publishers settle and essentially admit guilt? Yes

So over all, it's pretty clear Apple did engage in a form of price fixing, and they were cough in the act. Wanting to get into a new market is all good, but the way they did it was wrong, and they should get punitive damages for it.

Come into a new market with an innovative product or with better prices and the customers will come. Try to force your way into it by forcing existing players to price higher because you took part in a mafia-like agreement to ensure other players can't price below you? That's dishonest, period.
Score: 34 Votes (Like | Disagree)

gibbz
I agree with this statement from Apple.

Apple is under no duty to allow other retailers to offer apps on the iPad in the first place, much less on terms that subsidize their operations

WhoDaKat
I think the whole thing is bunk. The agency model doesn't say you can't sell your books cheaper it just says you have to offer Apple the same price you'd give to your competitors. I guess the DOJ likes to see small business bookstores going under because they can't compete with Amazon who sells things at a loss. Way to go America. Great job.
Score: 27 Votes (Like | Disagree)

samcraig
Don't do the crime if you can't do the time.

But seriously - I do think there are things that are over-reaching or harsh about the judgement in total. Hopefully there's wiggle room or it can be adjusted accordingly.
Score: 17 Votes (Like | Disagree)

ggamecrazy
So from the gist of it, us (the consumer) have nothing but to gain from this decision. :cool:

Of course the :apple: Apple stockholder can't say that.
Score: 14 Votes (Like | Disagree)

Yojimbo007
And those idiots at congress try to encourage business to stay in US OF A.
What freaking morons.
Doj should be sued for harming US economy!

Draconian is an understatement... Such is life with our present administration.
Score: 11 Votes (Like | Disagree)
Read All Comments