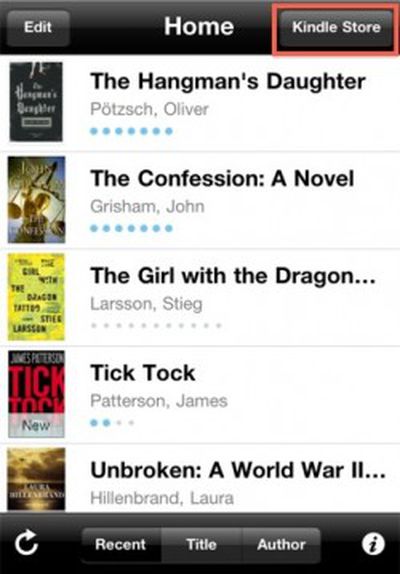 The U.S. Department of Justice today announced its proposed remedy in the e-book price fixing case that saw Apple found guilty last month. The proposed remedy includes nullification of Apple's existing "agency model" deals with a number of major publishers, as well as a requirement that competitors such as Amazon allow direct links to their own e-book stores from within their iOS apps.

The department’s proposal, if approved by the court, will require Apple to terminate its existing agreements with the five major publishers with which it conspired – Hachette Book Group (USA), HarperCollins Publishers L.L.C., Holtzbrinck Publishers LLC, which does business as Macmillan, Penguin Group (USA) Inc. and Simon & Schuster Inc. – and to refrain for five years from entering new e-book distribution contracts which would restrain Apple from competing on price. [...] To reset competition to the conditions that existed before the conspiracy, Apple must also for two years allow other e-book retailers like Amazon and Barnes & Noble to provide links from their e-book apps to their e-bookstores, allowing consumers who purchase and read e-books on their iPads and iPhones easily to compare Apple’s prices with those of its competitors.

Back in February 2011, Apple rolled out in-app subscriptions, also instituting a new App Store rule preventing developers offering both subscription and purchased content from including in their apps direct links to their own stores that would allow user to bypass Apple's in-app purchase system. Amazon complied with the requirement by removing links from its Kindle app in July of that year, and Barnes & Noble made a similar move with its NOOK app.

Insane. That's like having a link to iBooks in every Amazon app.

No way this will happen. It breaks the ecosystem. Apple will never permit this.


Apple was found guilty of "facilitating a conspiracy" to fix prices in the ebook market in a federal district court.

They don't have a say in the matter. They chose to go to court rather than settle. They lost. They are now bound to whatever resolution the court deems to be acceptable (pending appeal, of course).

Your analogy is completely foolish and wrong, by the way. This is the equivalent of Apple launching an Android app for iBooks, and Amazon then forcing Apple to give Amazon a 30% cut of every iBooks sale on the Android iBooks app, and requiring anyone else who sells iBooks (like Apple themselves) to offer the same high price on every product, and then Amazon conspiring with all of the book publishers to raise prices and force that model onto Apple's store, and then sitting on that business model in bad faith for 2 years until forced by a court to relent and allow Apple to sell ebooks via their iBooks Android app for whatever price they want, and from within the app, and without paying Amazon 30% of every sale. That's the analogy you were looking for. And it shows just how absurdly defensive Apple apologists can be.

Amazon is "winning" right now because they have built up such an incredible infrastructure for real, physical books (and practically everything else) that people go to them like they go to wal-mart. Wal-mart has terrible prices sometimes for certain things (like cheese or milk, for example), but the people who shop there don't know that, because they don't shop anywhere else. Amazon has a lot going for it:Prime shipping (no competition), Prime video (better than netflix in a lot of ways), subscribe & save (no real competition), the Kindle (best ereader family), S3 services (best price/performance in the industry), the Marketplace (taking a huge bite out of ebay, et al). What they aren't doing is using anticompetitive practices to actively hinder the business efforts of their rivals in those markets. Apple and the publishers were doing exactly that.

If the walled garden philosophy works, then Apple's iBooks store should be able to compete with the Kindle store on iOS without stacking the deck. If you want to pay a 30% commission to Apple for every purchase, then that's your right. It's not Apple's right to dictate pricing for other companies on their own website, which is what the current policy effectively does.
Score: 15 Votes (Like | Disagree)

This would be terrible. I don't want to enter my CC info for every app that has IAP. I think having a unified payment method through the App Store adds significantly to the user experience.


And if the Kindle link is clicked, have iOS give this warning message:
WARNING: Books purchased through this method will not be stored in the Apple Cloud, thus could be lost.


Because you can only download a book once from Amazon to one device. Oh wait....


Apple cannot guarantee that your credit card information will not be stolen using a 3rd party link. Use at your own risk.

A simple WARNING message is not beyond what the Judge said, and will deter a lot of people from using the Kindle link.


As I pointed out above, on other mobile platforms with the Kindle App, you don't enter your CC information for the purchase, Just your Amazon Account and Password, so it's no different to using your AppleID to purchase music from the iTunes store.

Just reject the apps. Why should Apple be forced to offer free infrastructure to Amazon so that Amazon can further the reach of their own store?


What infrastructure has Apple supplied here above and beyond allowing Amazon to sell their App? Apple's systems and servers would not be used to process the transaction or transfer the file.
Score: 11 Votes (Like | Disagree)

err404
This would be terrible. I don't want to enter my CC info for every app that has IAP. I think having a unified payment method through the App Store adds significantly to the user experience.
Score: 11 Votes (Like | Disagree)

ck2875
Simple Fix to Piss off the Judge: Reject the Kindle App for Some Other Issue.
Score: 11 Votes (Like | Disagree)

Because Apple doesn't spend any money lobbying or massaging politicians testicles. Amazon does. Thats how things work in this country unfortunately. They see Apples massive pile of money, and then they see how little Apple spends on political garbage, and it makes Apple a huge target