Apple's Prototype iPhone 5S Based on New A7 Chip

Last week, we shared a pair of photos of Apple's upcoming iPhone 5S, revealing a few details such as a larger-capacity battery and a new dual-LED flash system for the rear camera. At the time, we had some questions about the main chip from the device, which lacked an A-series identification printed on it and which carried date codes indicating that it had been manufactured in October 2012.

We have now received several additional photos showing the device in greater detail, with a particular emphasis on the main chip. 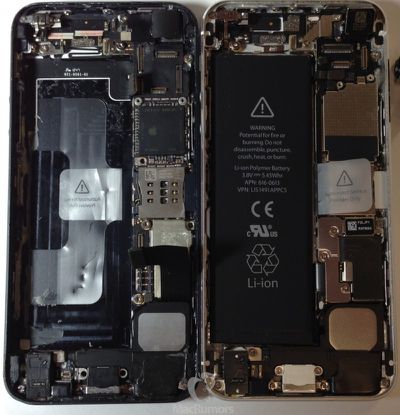 Prototype iPhone 5S (left) vs. iPhone 5 (right)
Click for larger
As seen in one photo, the chip carries an Apple model number of APL0698, suggesting that this is indeed intended to be branded as an A7 chip rather than a modification on the A6 chip found in the iPhone 5. The original A6 chip carried a model number of APL0598, with the A6X found in the fourth-generation iPad carrying an APL5598 model number, demonstrating how Apple varies the first digit for members of a given A-series family and increments the second digit when transitioning to a new family.

Additional markings on this new iPhone 5S chip indicate that it carries Elpida DRAM, apparently in the same 1 GB amount seen on the A6.

In addition to the 1243 date code visible in the previous photo, the new photo also clearly shows another date code of 1239 for the DRAM, indicating that that portion of the chip was manufactured in late September 2012. We have also determined that the device itself was assembled in December 2012, making it a rather early prototype.

Another item of interest on the main chip is a K1A0062 identifier. We spoke with Dick James and Jim Morrison of chip teardown firm Chipworks, and they pointed out that in previous chips this number has typically started with an "N" and referred to a Samsung part number on the die. They wonder whether this new "K" identifier could indicate that the chip is being made by TSMC instead of Samsung. A transition from Samsung to TSMC has long been rumored, although the latest rumors indicate that the move will be made with the A8 chip rather than the A7.

Closeup of text on rear of prototype iPhone 5S (IMEI obscured)
Additional photos reveal a clearer view of the text on the rear of the device showing placeholder model and regulatory identifiers of X1234X, as well as a clear view of the rear camera system with dual-LED flash.

This means your nighttime party pics aren't going to be as harsh-blue and will match room lighting.


The colored flash matches a tungsten filter. For example: 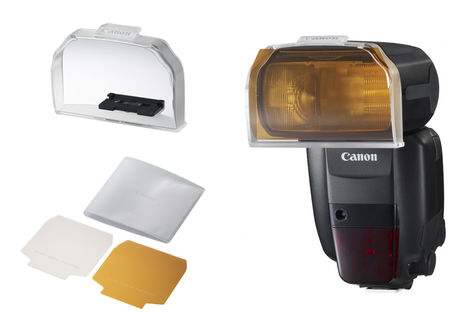 Michael73
Shaping up to be a worthy update for those of us who have 4Ss on a two-year upgrade cycle. :D
Score: 9 Votes (Like | Disagree)

Ryth
Just hurry up and come out already and take my money.
Score: 7 Votes (Like | Disagree)
Read All Comments