For the past few days, we've been following the story of the smaller A5 chip found inside of the recently tweaked Apple TV, seeking to understand what changes Apple has made in order to shrink the chip to roughly half the size of the previous A5 chip.

Yesterday, experts at Chipworks determined that the new A5 was still being manufactured by Samsung using the same 32-nanometer process used for the previous version, indicating that Apple had undertaken significant design changes for the chip.

Chipworks now has a full image of the A5 die, revealing that this smaller A5 chip contains only a single-core ARM CPU. Apple has listed the Apple TV as having a single-core A5 since the third-generation model launched last year, but the previous design involved a dual-core chip with one core disabled, while the new design contains just the one active core. The new A5 does still contain the same dual-core GPU found in the previous version of the chip.

Chipworks' Dick James tells us, however, that there must be more to the story in order to achieve a nearly 50% size reduction, but the firm has yet to determine exactly what other changes are contributing to the smaller die size.

A separate observation of interest involves the analog circuitry included on the chip. This new A5 chip appears to take advantage of optimized analog components such as resistors, capacitors, and inductors, yielding a mixed signal chip that seems to be a rather significant technical achievement at the 32-nanometer process node.

My guess is that the analog sections have been re-designed, always a work in progress when we get this small, since analog circuitry does not shrink anywhere near as predictably as digital. And as Jim said earlier, we think this is now in a mixed-signal version of the 32-nm process that allows extra passive components such as resistors, capacitors, and inductors, that is much more suited to analog stuff.

It is still unclear exactly why Apple has elected to redesign the A5 for the Apple TV, as it has been assumed that the company's "hobby" does not generate enough shipment volume to warrant such an investment in and of itself. As a result, it is possible that Apple has plans to use this chip in other products, although the single-core nature of the CPU design will likely limit the range of devices for which it would be suitable.

It is still unclear exactly why Apple has elected to redesign the A5 for the Apple TV, as it has been assumed that the company's "hobby" does not generate enough shipment volume to warrant such an investment in and of itself. As a result, it is possible that Apple has plans to use this chip in other products, although the single-core nature of the CPU design will likely limit the range of devices for which it would be suitable.

dguisinger
You guys are reading too much into the word "Analog".

All electronics circuits are analog. There is no such thing as a pure digital signal, it is just how its interpreted. All power and ground supplies are analog, all high-speed gigabit transmission paths are in +/- pairs and are much more analog than digital in how they are handled in board routing, impedance matching, etc.

Every circuit trace has capacitance and impedance, no voltage is stable enough to be 100% to an exact level at all times.

Hence, chips have analog function hardware... most often in the I/O drivers for transmit and receive logic on each pin, as well as for filtering power, powering on / off sections of the chip, and for Phased Lock Loops which are heavily used in microprocessors / SOCs.

Analog does not mean they are hooking up speakers or ancient technology directly to the chip. In-fact that would be a bad idea.

As opposed to chips they already have in production? Why would they spend the "R&D" money to figure out how to make it smaller when they are already cranking out a ton of these puppies for a variety of different devices....


Actually, while you just stated it indirectly, that is a good point... there are multiple devices using the chip... what happens when there aren't? A5 is used on older designs. Maybe the single-core A5 Apple-TV is about to be the only thing left using the A5 processor in a few months. Why keep building a larger CPU than needed?
Score: 8 Votes (Like | Disagree)

Well, a snowball's chance in hell is still a chance, I guess, so the answer is yes. :) 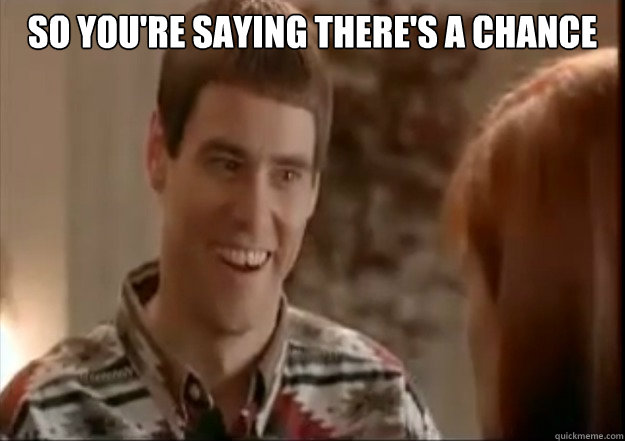 Any chance this will be used in the iPhone 5S? It may be a slight reduction in performance, but the increase in battery life and the ability to shrink the device pretty significantly might be worth it.


Why on earth would they worry about "shrinking" the size of the chip if they're simply going to put it in a TV.....
Score: 7 Votes (Like | Disagree)

Any chance this will be used in the iPhone 5S? It may be a slight reduction in performance, but the increase in battery life and the ability to shrink the device pretty significantly might be worth it.


Well, a snowball's chance in hell is still a chance, I guess, so the answer is yes. :)
Score: 7 Votes (Like | Disagree)
Read All Comments

Friday February 26, 2021 3:57 pm PST by Juli Clover
Apple today sent out emails to developers who are in possession of a Developer Transition Kit, asking them to return the machines by March 31. The Developer Transition Kits are Mac minis with A12Z chips that Apple provided for development purposes ahead of the release of the M1 Macs. Apple in the emails provided developers with shipping instructions, and plans to begin collecting the DTKs...
Read Full Article • 166 comments

Tuesday February 23, 2021 7:07 am PST by Hartley Charlton
Over the past week, some M1 Mac users have been reporting alarming SSD health readings, suggesting that these devices are writing extraordinary amounts of data to their drives (via iMore). Across Twitter and the MacRumors forums, users are reporting that M1 Macs are experiencing extremely high drive writes over a short space of time. In what appear to be the most severe cases, M1 Macs are sai...
Read Full Article • 695 comments