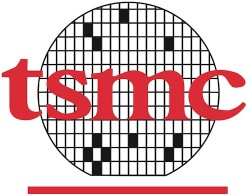 Digitimes reports that Taiwan Semiconductor Company (TSMC) has officially landed a three-year deal with Apple to produce the A-series chips that will be used to power upcoming iOS devices. The deal is said to begin with the A8 chip, with future A9/A9X chips also mentioned as being included.

TSMC will start to manufacture Apple's A8 chips in small volume in July 2013, and substantially ramp up its 20nm production capacity after December, the sources revealed. The foundry will complete installing a batch of new 20nm fab equipment, which is capable of processing 50,000 wafers, in the first quarter of 2014, the sources said.

A portion of the upcoming production capacity, estimated at 20,000 wafers, can later be upgraded to process wafers used to build 16nm chips, the sources continued. TSMC is scheduled to volume produce the Apple A9 and A9X processors starting the end of third-quarter 2014, the sources said.

The report claims that the A8 will appear in a new iPhone "slated for release in early 2014", although it is unclear how that timeframe would fit into Apple's usual product lifecycle. Apple has yet to introduce a device running an A7 chip, and with that chip expected to debut in an iPhone later this year, an early 2014 launch for an A8-based iPhone would seem to be too early.

Apple has so far exclusively used Samsung as the supplier for its A-series chips, but with the two companies emerging as bitter rivals in the mobile device market, Apple has reportedly been trying to reduce its reliance on Samsung for component supplies. TSMC has been the most commonly rumored candidate to take over supplying Apple's A-series chips, but it has taken some time for the two companies to reach an agreement and work out any technical hurdles to the shift.

lolkthxbai
Jeezus, I can only imagine what the A7, A8 & A9 chips will bring to the table.
Rating: 6 Votes

In next three years, they can switch to Intel too?

HelveticaNeue
Personally I've stopped reading any article that cites Digitimes as the source of the rumour, because they are never correct. They just throw everything up against the wall to see what sticks.
Rating: 4 Votes

Samsung is just opportunist. They use qualcomm SoCs in NA for their devices.


They use the best CPUs available. There is nothing wrong with that (at least for consumers).
Rating: 3 Votes

Jeezus, I can only imagine what the A7, A8 & A9 chips will bring to the table.


You're right. I guess then, I won't be getting an iPhone until I can get one with the A9 chip. Yessuree, that'll be the one. I know I waited for the A4 and then A5, and now was waiting until the A6, but I decided to stop all this "not buying until the next chip comes out" nonsense. I'll set the bar really high and not worry about it for a few years.

But someday I will get my first iPhone. Really. Apple just has to meet my (ever moving) expectations.
:D
Rating: 3 Votes

jamesryanbell
5S releases in the fall, and the iphone 6 comes out in Spring to royally infuriate everyone who bought a 5S only 7 months earlier.

maflynn
Wasn't the issue with them that they were not able to produce the quantities apple needed?
Rating: 3 Votes

inkswamp
Too bad TSMC isn't making enough money on their chip production to update what appears to be the ugliest logo on the face of the planet. :D
Rating: 2 Votes

This is from the perspective of the foundry. With a July chip "release" end-user hardware can start showing up in September due to supply chain lag.


Assuming they move to ARM based CPU's then I'd guess it'll be 2015/2016 in line with LLVM maturing its support for ARM64 but then again there would have to be a damn good justification for such a move other than "well, might as well standardise on a single architecture" particularly when one considers that ARM's only benefit is the ability to scale down but once you start throwing on the sorts of features found in advance processors such as x86-64 you quickly find that the 'power advantage' quickly disappears and the gap isn't significant to justify the pain and suffering caused by the architecture move. IMHO you've got a better chance of Apple moving to Intel for their embedded CPU if we're going to talk about pie in the sky ideas given that it would mean that they could deploy their hardware engineers to more useful endeavours and enjoy even juicer margins.


I think it is more that apple doesn't want to do business with a company who is also a competitor (and can just as easily be privy to your tech and use them against you).

TSMC is just a manufacturing plant, so it is unlikely to compete in any way.


True and Samsung like to claim that there is a 'firewall' between their devisions but I wouldn't believe their claim at all - end of the day when you outsource a key component of your product that makes your product range unique then you'd simply asking for trouble in the long run.
Rating: 2 Votes