Back in 2008, Mirror Worlds LLC accused Apple of patent infringement for its Cover Flow, Spotlight, and Time Machine technologies. While the initial jury ruled against Apple and levied a fine of $625.5 million, a later appeal in federal court saw the ruling reversed.

Following further appeal by Mirror Worlds, the dispute made it to the Supreme Court, which today left the federal judgement in place after refusing to hear the case, reports Bloomberg. 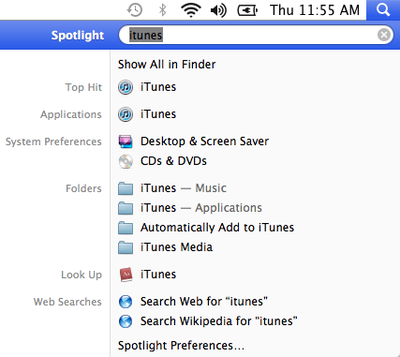 Apple Inc. (AAPL)’s victory in a patent-infringement case was left intact as the U.S. Supreme Court rebuffed a Texas company’s effort to revive a $208.5 million verdict against the computer maker.

The high court declined to hear a case in which closely held Mirror Worlds LLC said an appeals court erred in ruling that Apple didn’t infringe a software patent for a way to index and file documents. Mirror Worlds was co-founded by Yale University computer-science Professor David Gelernter.

With the Supreme Court declining to hear the case, Apple’s victory against Mirror Worlds will stand and the company will not be required to pay the $625 million fine.

JGRE
Mirror Worlds Technologies, Inc. was a company based in New Haven, Connecticut, which created software using ideas from the book Mirror Worlds: or the Day Software Puts the Universe in a Shoebox...How It Will Happen and What It Will Mean (1992) by Yale professor David Gelernter, who helped found the company with Eric Freeman and served as chief scientist. Gelernter believed that computers can free users from being filing clerks by organizing their data. The company's main product, Scopeware, was released in March 2001 and attempted to organize a user's files into time-based "streams" and make such data more easily accessible across networks and a variety of devices. The company saw few sales, and announced it would "cease operations effective May 15, 2004".

Although they might have actually invented something, there now nothing more than a Patent Troll.
Score: 5 Votes (Like | Disagree)

BC2009
This is great. The $600M+ damages was ridiculous. That is in the same neighborhood as Samsung was fined for completely and blatantly ripping off Apple's technology to build the Galaxy S and Galaxy S2.

This actually reduces those damages to zero.
Score: 4 Votes (Like | Disagree)

I guess the Supreme Court is as tired of these Apple lawsuits as we are.


Actually, the Supreme Court doesn't rule on many of the cases that it receives.
Score: 4 Votes (Like | Disagree)

They can't be considered Patent Trolls, as they actually invented and produced something with their invention.


Their "patent" was on the how documents get displayed on the screen.
They released a product in 2001 that organize files in a timeline fashion and discounting in 2004.
That was "it" from them...


When a "company" doesn't even have a website in the year 2013.They are not a company..
They are patent trolls.

The "inventor" doesn't even own his patents.
BTW Network-1 company(Patent Troll) purchased all of Mirror Worlds patents...for 3 million dollars,lol
Score: 2 Votes (Like | Disagree)

Dulcimer
Sucks to be that guy... Unless, of course, his lawsuit was complete BS. I don't know.
Score: 2 Votes (Like | Disagree)

You're only describing what is different. It's pointless. I already know that. Your explanation for having less severe standards for civil court boils down to "it's only money" and that's ridiculous when a lack of money can RUIN a person's life. I fail to see why civil court cases should be allowed to ping-pong while criminal cases end when a person is found innocent.

This is a total crock and exactly what I'm talking about. Either OJ killed them or he didn't. If he killed them, then he should be liable. If he didn't kill them, he shouldn't be liable. Like it or not, there's no other possibility in this particular case. He didn't leave the stove on accidentally and that lead to the house burning down with them in it. SOMEONE shoved a knife in Nicole's back. Now the laws of physics dictate either it was his arm or someone else's arm (possibly at his request, but that's another matter and still a criminal trial). The very IDEA that you can have a SEPARATE civil trial and come to a DIFFERENT CONCLUSION to the criminal trial is what I'm getting at here and what you apparently cannot seem to comprehend. The fact you accept things how they are is neither here nor there. I'm simply giving my opinion it's BS based on plain logic.

Yeah, the biggest thing anyone can get wrong is the result of the trial (i.e. if someone did it and gets off scot-free or didn't do it and gets prison or worse yet the death penalty when they're innocent). Unfortunately, that happens a lot these days due to the justice system being based on making MONEY rather than finding the TRUTH. If you have a high priced lawyer with a reputation for almost never losing a case, you have an example of the truth being buried because statistics dictate that every client they get cannot be innocent. This, along with things like basic needs and health care are the reasons this country is screwed up. Nothing is more important than the truth and that just goes out the windows with the high priced lawyer for hire system we have in place. Everyone is NOT equal under the law. Money goes a LONG way in the existing system and that's just wrong. You can disagree, but it won't change the facts of the matter.

I'm irritated because the system is rigged on the merits of money rather than the truth. I'm irritated because everyone sues at the drop of a hat these days and if you cannot afford to defend yourself, you're screwed even if you are right. Big companies do this all the time to smaller companies. Just sue them to oblivion and watch them fall before the result is ever determined since they cannot afford the lawsuit while the big company has lawyers on retainer they might as well use to sue.


This is way too much to parse.

You're correct to be pessemestic about our current court system, but some of your ideas of it are misguided. Our court system is in poor shape, but it's not for the reasons you give.

Otherwise, this is way off topic for this tread now; nothing to do with patent disputes anymore. If you want, PM me to continue this conversation.
Score: 1 Votes (Like | Disagree)
Read All Comments

Sunday June 26, 2022 2:52 pm PDT by Joe Rossignol
Following the launch of Apple's new 13-inch MacBook Pro with the M2 chip, it has been discovered that the $1,299 base model with 256GB of storage has significantly slower SSD read/write speeds compared to the equivalent previous-generation model. YouTube channels such as Max Tech and Created Tech tested the 256GB model with Blackmagic's Disk Speed Test app and found that the SSD's read and...
Read Full Article • 380 comments

Monday June 27, 2022 7:31 am PDT by Joe Rossignol
TSMC will manufacture Apple's upcoming "M2 Pro" and "M3" chips based on its 3nm process, according to Taiwanese industry publication DigiTimes. "Apple reportedly has booked TSMC capacity for its upcoming 3nm M3 and M2 Pro processors," said DigiTimes, in a report focused on competition between chipmakers like TSMC and Samsung to secure 3nm chip orders. As expected, the report said TSMC will...
Read Full Article • 145 comments