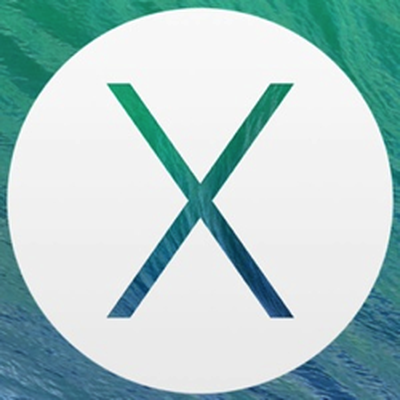 9to5Mac reports that retail store staff are again being invited to try the beta of OS X Mavericks.

You are invited to participate in the pre-release OS X Mavericks seed program. Participation, including submitting feedback, is completely voluntary and not an expectation of your job. If you accept, we will provide you with a pre-release version of OS X Mavericks to install and use. You will get to preview all of the exciting new features like iBooks, Maps, Calendar, Safari, iCloud Keychain, Multiple Displays, Notifications, Finder Tabs, Tags, and much more! You should use OS X Mavericks only your personal computer and on your personal time. Apple will provide you with ways to submit feedback on your experiences with OS X Mavericks, should you choose to do so. Apple also asks that you use future builds of OS X Mavericks as they are made available. The responses from prior seed programs have been overwhelmingly positive. Thank you to everyone who participated!

The site also notes that Apple has provided prerelease versions of Mavericks to its AppleSeed beta testing group.

Before WWDC, a leak suggested that Apple was well into the development of OS X 10.9, with a build number of 13A451 appearing on a recent internal release. One possible implication of the high build number was that Apple was closer to a public release of Mavericks after its unveiling than with previous OS X beta releases.

I know we call this a beta but think about what they have and have not changed. This is 10.8 code base with some new tweaks here and there. I would expect it to be smooth. This is not IOS 7 which has a whole host of features. The battery saving stuff is the only new under the hood tech in this build. The remainder are clip ons like maps or minor re-works of code multimonitor support. I would expect this release to come out far sooner than latter. IOS 7 i expect to be a very very long slog through beta hell and even into early GM releases to much code base change and to many new features that are core to the OS.

You are joking right? With all the compressed memory and cpu timer coalesing changes there was a lot of actual OS changes. Unlike Mountain Lion that was just a bunch of added on apps, this is an actual OS update.
Score: 11 Votes (Like | Disagree)

leon44
In the face of all the developers who whine about how people shouldn't be allowed access to betas. Beta testing needs real world users, if Apple wanted to crack down on non-devs getting hold of betas they would, but it's actually an advantage to have more testers.
Score: 7 Votes (Like | Disagree)

:rolleyes: I wish they would give it to WWDC Attendees, I had access to it up until yesterday.


I wish they would just unify the damn dev system. If i write OSX i might want to write IOS ETC why pay twice it makes no sense.
Score: 5 Votes (Like | Disagree)

teknishn
The early rumor that Mavericks may be close to done is an absolute falsehood. I can tell you that its very far from primetime ready. Based on my own use since WWDC, I am quite surprised that they are releasing it to employees this early.

I haven't run into any major show stoppers, but I have run into a TON of bugs and problems that are severely annoying. Don't confuse this explanation with any complaints whatsoever though. I enjoy testing beta software and helping Apple with bug reports. Its too early for me to give my own eta on Mavericks until we get a couple more releases in to get a gauge of the pace etc. Im pretty antsy for the next releases of both Mavericks and iOS7 to see some more polish. Super want on iOS7 for iPad.

I know this is a little off-topic, but for the life of me I can't understand why it is so difficult to remove non-appstore applications on my Mac (Lion) when it is otherwise such a wonderful OS. I hope Mavericks improves this...a lot. I don't understand why I have to purchase AppDelete (nice app, BTW!) in order to remove anything (dragging to the trashcan from the App. Folder, and especially Launchpad, is an exercise in futility).

I hate Windows, and it took them decades to figure out how to handle dependencies and versioning, but at least adding and removing programs there is a no-brainer now! I am hoping this gets fixed; or, it's because I am a version behind everyone else.


Removing apps is as simple as throwing them in the trash. When you run a new app in OSX for the first time it creates a few tiny files to store preferences. If you want to go through the trouble of deleting a few tiny and insignificant config files you can, but its completely unnecessary and has no affect on the system if you leave them. Unlike Windows, there is no registry. Furthermore, when you uninstall apps in windows, it does NOT ever remove them completely. Those apps often still leave behind directories and ALWAY leave behind most of their registry entries and dlls
Score: 4 Votes (Like | Disagree)


No, as long as you don't see any mentions of Mav on your Mac purchase or the "Up-to-Date" program starts, you won't get a free update.

Apple usually give free updates to 1-2 months within the OS release. In this case, it's the Fall, so you're not likely to get any free updates.
Score: 4 Votes (Like | Disagree)
Read All Comments