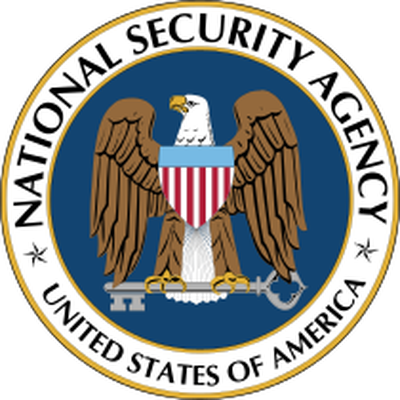 Apple, and Tim Cook personally, have been sued by a conservative activist and three others as part of a class action lawsuit [PDF] over alleged privacy violations resulting from the company's supposed participation in the NSA's PRISM intelligence program.

The plaintiffs have also sued President Obama, Attorney General Eric Holder, NSA Director Keith Alexander, the NSA itself, the U.S. Department of Justice, as well as Facebook, Google, YouTube, Microsoft, Skype, AOL, Yahoo, PalTalk, AT&T and Sprint -- and all the CEO's of those companies personally.

As one of the largest companies in the world, Apple is routinely sued over a wide variety of issues. The company has a large legal teams to handle these lawsuits, though the sheer number of defendants in this case could make for interesting court filings.

This and the Verizon class action will serve to unify all political and social persuasions in our great nation to wage a second American revolution, one that is peaceful and legal – but pursued with great resolve and force. Government dishonesty and tyranny against the people have reached historic proportions during the last three administrations in particular, and the time has come for We the People to rise up and reclaim control of our nation. If not, the government will control us and this will mark the end of individual liberties. The American people can thus use these class actions to 'man the barricades of freedom' against the establishment government despots and their corporate enablers who seek to enslave them through coercive abuses of their privacy. This Orwellian power grab can only be intended to blackmail the masses into submission in order that these modern day greedy tyrants achieve their corrupt ends.

This isn't the only class action lawsuit filed or planned over the PRISM disclosures. Senator Rand Paul (R-KY) has said he will file a lawsuit against the Obama administration over what he says are "unconstitutional" surveillance programs. Paul wants to get the customers of all the offending companies to join a class action suit and take it to the U.S. Supreme Court.

The American Civil Liberties Union has also filed a lawsuit, though it is focusing on the Government itself rather than the alleged corporate partners. The suit alleges that the Government's tracking of phone records violates Section 215 of the Patriot Act.

It's important to note that both Rand Paul and the ACLU are, at least to this point, primarily speaking out about Verizon Business Network Services giving call logs to the NSA for millions of calls both within the United States and abroad. However, both the Verizon/NSA issue and the Apple-related PRISM allegations were revealed on the same day last week and are largely seen as connected in the eyes of most critics.

Lark.Landon
Let's hope that this lawsuit is successful
Score: 36 Votes (Like | Disagree)

IlluminatedSage
Any company which willingly goes along with terrible gov't regulations to build in gaping wide backdoors to everything in the servers, cell phones, devices, that can activate cams, microphones and track GPS by the second deserves to be sued and lose their consumer confidence.

I am happy there are people suing every company involved and the gov't.

For a company to go along with unconstitutional laws, or in some cases FCC regulations, without fighting them, they ought to get hit hard for selling their customers out.
Score: 18 Votes (Like | Disagree)

xVeinx
If you want to change policy, you sue the government. If you want cash, you sue Apple. Unless I'm mistaken, the other companies have no choice but to comply with federal law.
Score: 18 Votes (Like | Disagree)


Well, then, this lawsuit has all its bases covered  as it is directed at both the government and the wealthy corporations.
Score: 17 Votes (Like | Disagree)

I'm not at all surprised at this action. More to come.

Too bad the average voter from the "land of the free" is not intelligent enough to vote for Ron Paul...enough said.
Score: 14 Votes (Like | Disagree)

chocolaterabbit
yeah... good luck with that.
Score: 11 Votes (Like | Disagree)
Read All Comments