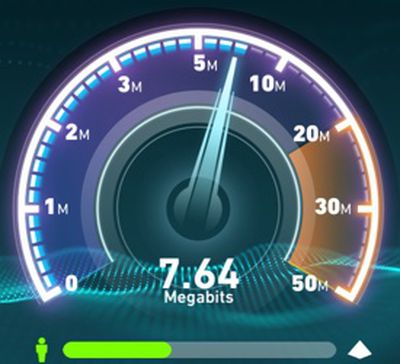 According to Joseph Brown, one of the developers behind the iTweakiOS site that provides hacked carrier updates for iOS users, Apple is purposely throttling iPhone data speeds to "even out" the network as Apple's phones consume more data than other smartphones.

Brown states that AT&T, Verizon, and Sprint limit the iPhone's data speeds and provides evidence in the form of snapshots of network settings. For example, AT&T limits the iPhone 5 to Category 10 (14.4Mbps) HSDPA despite the fact that the network is able to support up to Category 14 (21.1Mbps) HSDPA+ and the iPhone supports Category 24 (42.2Mbps) DC-HSDPA+.

Brown goes on to point out similar throttling code present in the LTE and 3G network settings of both Verizon and Sprint, for the iPhone and the iPad. His theory is that Apple (or the carriers themselves) are throttling data speeds in order to cut down on the iPhone's data usage.

T-Mobile, the last network to receive the iPhone, is the only carrier that does not appear to throttle iPhone data usage. Though Brown places the blame for the network settings on Apple, it is unclear whether it is Apple or the carriers themselves at fault, and the reasoning behind the alleged throttling is equally unclear. Sprint, AT&T, and Verizon have all historically throttled the data speeds of high volume users.

To thwart the apparent throttling, iTweakiOS offers a number of carrier hacks that are designed to increase data speeds.

Update: AnandTech has debunked this claim and says that neither Apple nor the carriers are throttling data speeds.

This is really a good idea because the iPhone does use more and that's not fair to us Android or Windows users.

T-Mobile will catch on soon, once more people hop on their network.


That was a really pathetic effort to light a fanboy fire.
Score: 22 Votes (Like | Disagree)

lcmazza
Why throttle if there's a quota limit anyway?

charlieegan3
"...it is unclear whether it is Apple or the carriers themselves at fault"

e-coli
And here come the lawsuits.
Score: 15 Votes (Like | Disagree)

Looks like you are testing your WIFI to me

I'm on wifi right now, this why you see it in the screenshot. Those results were from three days ago via cell connection in Myrtle Beach, SC.
Score: 10 Votes (Like | Disagree)
Read All Comments