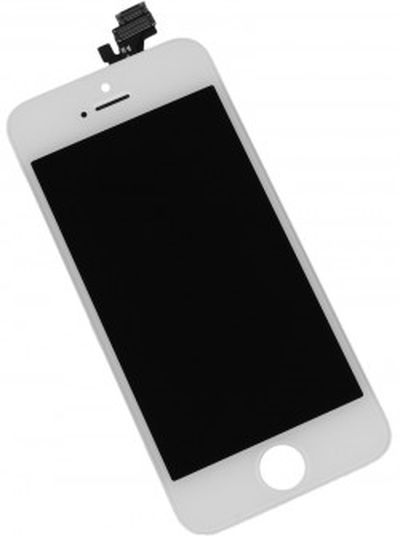 MarketWatch takes a look at the state of the repair industry for the iPhone 5, noting that costs for display replacements remain very high eight months after the device's launch in the United States. The report points to Apple's tight control over components as being the major contributor to high costs, even as the device's new design makes it simpler to replace the display than on previous models.

There is a tight control on iPhone 5 components in the market, [repair firm iCracked founder AJ] Forsythe says. “Market forces determine the price,” he says. “Apple sells about 300,000 iPhones a day and, as the repair market grows, prices will get lower.”

“Apple controls everything from the manufacturing to the gear for the iPhone 5,” says Jeff Haynes, editor at deal site TechBargains.com. As the iPhone 5 is larger than the 4, the cost for replacement parts rises, he says.

The display is the most frequently cited repair item on the iPhone, given the frequency with which users break the glass front of the device, and it is also the most costly component.

For the iPhone 4S, repair firm iFixit currently sells the display assembly for $95, with users needing to follow a difficult 37-step guide to perform the repair. On the iPhone 5, iFixit is charging $200 for the corresponding part, with the white version not even available at this time. But for those who can get their hands on the part, the replacement process requires only a 23-step guide judged "moderate" in difficulty.

The report notes that many repair firms have even not yet begun offering iPhone 5 display replacements, due to both the shortage of parts in the market and the high costs. Apple itself frequently performs repairs by swapping out the user's device, then putting the damaged device through a refurbishment process and reselling it at a discounted price.

Recognizing the prevalence of accidental damage issues with its mobile devices, Apple rolled out an AppleCare+ extended warranty plan alongside the iPhone 4S in October 2011. The $99 plan extends warranty coverage to two years and includes coverage for up to two incidents of accidental damage with $49 deductibles. The plan is not, however, universally available throughout Apple's global sales footprint yet.

Apple is said to be planning to revamp its AppleCare offerings later this year, with Apple reportedly moving to perform more repairs on iPhones rather than simply swapping them out. The company is also said to be transitioning AppleCare into a subscription agreement that would cover multiple devices owned by a customer, rather than having to purchase coverage separately for each device.

Is there any reason why Apple still clings to the "non-removable" battery concept while nearly every other phone allows user access to the battery?

Lately Samsung has pretty much been the only manufacturer to let you access the battery, other phone makers are moving away from it.
Score: 10 Votes (Like | Disagree)

acorntoy
Why would you pay $200 to ifixit when you could just pay $229 to Apple?

And it's and off-warranty fix so it doesn't matter if you have a warranty or not.

Ifixit seems incredibly overpriced, I think it was last year I noticed they were charging $39 for a 4S back when Apple only charged $29.
Score: 5 Votes (Like | Disagree)

AT06
AppleCare + accidental damage cover = I don't care if it costs a lot to repair
Score: 5 Votes (Like | Disagree)

Lately Samsung has pretty much been the only manufacturer to let you access the battery, other phone makers are moving away from it.

Rumor has it, the removable battery is so easy & fast to change, ex-iPhone users go into a state of shock. Followed by sheer bliss. ::D
Score: 3 Votes (Like | Disagree)

saud0488
ifixit is a horrible example. They sell the same non-oem part from china that you find on ebay. 95 bucks for the same 27-30 dollar part on ebay.

I love their guides but have only ever bought one thing from there (and I realize I overpaid).
Score: 3 Votes (Like | Disagree)

And HTC users, and LG users and SONY users and motorola users.You completely missed the point of my post, manufactures no longer care about removable batteries, nor does the average consumer.

+ if the battery doesn't SUCK you shouldn't need an extra battery to get through a day of use. If you do just buy an external battery pack. Same exact thing, just more universal. It isn't that hard.

I have no idea why you seem to think you can speak for all users and the corporations that build the phones. Replaceable batteries have been a big asset for years. Back to the heyday of Blackberries, all of us that travel extensively would carry a second battery.

Fact is, I travel internationally and during a 13 hour flight it's really handy to have a second battery. Plus it's far smaller and lighter to carry than an external battery solution.

It's all about how much one uses their phone.
Score: 2 Votes (Like | Disagree)
Read All Comments