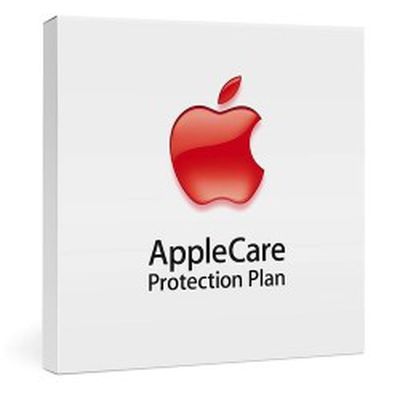 Apple has some changes in store for its service and support program AppleCare, according to a report from AppleInsider.

The site claims Apple held a town hall session yesterday that outlined a number of changes to AppleCare that will soon be rolling out across the U.S. first, and then internationally at a later date.

"The biggest announcement, was the way repairs for iPhones will be handled soon," the person, who asked not to be identified due to their active status as an Apple employee, told AppleInsider. "The way it is now, if almost anything is wrong with an iPhone, iPod, or iPad, the entire device is exchanged for a like-new re manufactured (sic) device, whether brought into an apple store or sent in for mail in repair. Now we are starting to actually repair the products and return the same device to the customer."

By replacing parts on defective iPhones instead of replacing the units entirely, Apple reportedly hopes to save $1 billion per year.

The site also says Apple will be changing its AppleCare service -- which currently attaches to individual devices, requiring customers to buy a new AppleCare plan for each computer and iOS device they purchase -- into a subscription service that will attach to a particular customer instead of a product. Apple's One to One program works in a similar manner.

The new subscription service could include "exclusive" 24/7 support, though AppleInsider notes that the feature set is not finalized yet and could still change. The complimentary support structure could be changing as well. Currently, Apple includes free phone support for 90 days with every product. The new AppleCare could extend that support to a year or more, and possibly include new live support options such as chat via iMessage.

No information on pricing was available, though the changes are supposed to be rolled out in the U.S. this fall.

The last big change to AppleCare was the introduction of AppleCare+ for iPhones and iPads.

Agent OrangeZ
Apple... Ever heard the phrase "If it ain't broke, don't fix it"? (No pun intended.)

You have a great system in place. Don't change it.
Score: 47 Votes (Like | Disagree)

monty77
..oh dear. Another one of Apple's USPs dies a death. This will not end well :-(

One of my favourite things about Apple is if there was an issue with a product you could walk into a store and have it swapped out with minimum of fuss in no time at all. They've just lost their support differentiator IMO, how long until it's mail in repairs only?

Premium price will be born by the consumer, but only if there's a premium service to match.
Score: 43 Votes (Like | Disagree)

TennisandMusic
Hate to say it but this sounds like a pure money-making move, and not something intended to actually serve the customer.

You're looking at a significant bump in revenue, while people now have to sit around waiting for their phones to be fixed.

camnchar
In-store repair times would have to be pretty fast. It's not like I can go without my phone for a few days.
Score: 26 Votes (Like | Disagree)

While I agree with the sentiment. If Apple thinks it is going to save them $1 billion per year then Apple are going to do it.

It might not even affect people in the way that they think.

So what do they do with the phones that they swap out? Trash them? No, they repair and then they become refurbished phones. So where does this $1bn saving come from exactly? Increased profit from new price structure?
Score: 20 Votes (Like | Disagree)

ECUpirate44
It was so convenient the way it was. I exchanged my defective phone and I was out in 15 min...Now I would have to wait while it's being repaired and be without a phone? I don't see this going over too well with customers.
Score: 18 Votes (Like | Disagree)
Read All Comments