Thursday May 9, 2013 7:11 am PDT by Eric Slivka
Just a day after reporting that its consumer electronics revenue would drop more than expected in the second quarter, perhaps due to weakening iPad mini demand, Apple manufacturing partner Pegatron has announced that it will boost its workforce by 40% in the second half of the year. The significant increase is fueling ongoing rumors of a lower-cost iPhone, as the firm has been reported to be handling production of the device.

Pegatron's Chief Financial Officer Charles Lin told Reuters on Thursday that 60 percent of the company's 2013 revenue would come from the second half.

He declined to comment whether the cheaper iPhone was among the new products to be made in the second half.

Pegatron is a longtime manufacturing partner for Apple, currently handling the iPhone 4S and iPad mini, although the majority of Apple's iOS device assembly is handled by the larger Foxconn. Pegatron currently employs 100,000 workers in its facilities, with yesterday's report indicating that the iPhone 4S and iPad mini each account for more than half of Pegatron's revenue for its communications and consumer electronics divisions respectively.

The Autobots won't stand a chance! (Sorry, I couldnt resist)

Megatron: "Do as I command and we will defeat the Autobots once and for all!"

Negatron: "No, not gonna work."

Megatron: "Gaw come on, what did we talk about!"

Negatron: "Autobots always win. You think Optimus Prime is gonna be dead dead, but then he's not dead."

Megatron: "I'm taking this from a robot that turns into a canoe?!"

Negatron: "When there's a battle on a gently moving river, you'll want me."
Rating: 7 Votes


In context of course, Foxconn announced its own hiring blitz recently. TSMC reportedly now makes the processors. That's three data points. I suspect Apple's been planning this for a while, when you bring in a fourth data point -- record cap expenditure for last two years.

With Samsung out the game and Google reduced to its true status as an iOS user data hijacker with its apps, I'd take these data points as signs that Apple is preparing to really kick some **tt. We can't predict just what Apple has planned, but this is the first iOS release salvo in which Samsung hasn't had any insight into what's coming.

So I suspect things are gonna get waaaay interesting.
Rating: 6 Votes 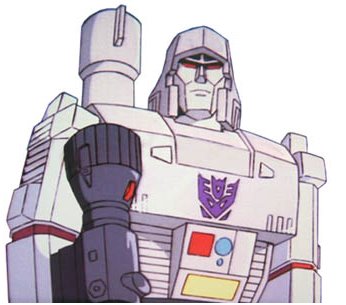 "I suggest its good to question the accuracy of any kind of rumor about build plans. Even if a particular data point were factual, it would be impossible to interpret that data point as to what it meant to our business. The supply chain is very complex and we have multiple sources for things. Yields can vary, supplier performance can vary. There is an inordinate long list of things that can make any single data point not a great proxy for what is going on."


Pegatron currently employs 100,000 workers in its facilities, with yesterday's report indicating that the iPhone 4S and iPad mini each account for more than half of Pegatron's revenue for its communications and consumer electronics divisions respectively.


The problem with reports like this is that they are quite useless. For all we know from this report, Pegatron might employ 99,000 workers building tractors, plus 500 each in the communication and consumer electronics division, of which 251 are working on iPhone and iPad mini components.
Rating: 3 Votes

iGeek
I read this as "Pentagon" as in the Pentagon, and was very confused.
Rating: 2 Votes

Rogifan
But, but, but Bloomberg just told us the other day iPad mini demand is declining. :confused:

Also, when has any Apple supplier ever said publicly what percentage of their revenues come from Apple products?
Rating: 2 Votes

As a matter of logic, yes. But that given that Apple is one of Pegatron's largest, if not its largest, customer, additional inferences can be made.


Absolutely: you can't state in one report that claimed slow iPad mini sales have impacted Pegatron's financial results while avoiding the importance of Apple to that company's business in another. A 40 percent increase in the size of the workforce just isn't going to be about a new BlackBerry. And don't forget the relatively recent WSJ report in which it was revealed that Foxconn is also on a similar recruitment drive.

This leads me to suggest that we aren't just looking at a product refresh, but new product families, in line with months of rumor and speculation.

The data points that we do have seem to suggest this. Particularly Apple's capital expenditure across the last two years. I hope Samsung is quaking in its figurative boots, as you don't need to be a Steve Jobs level genius to recognise that Apple will be doing its level best to hurt its faithless former partner.

I wrote this in my blog, there's a link in the sig.
Rating: 2 Votes

needfx
hey, my CV is up to date but I ain't submitting it
Rating: 2 Votes

Pegatron's Chief Financial Officer Charles Lin told Reuters on Thursday that 60 percent of the company's 2013 revenue would come from the second half.