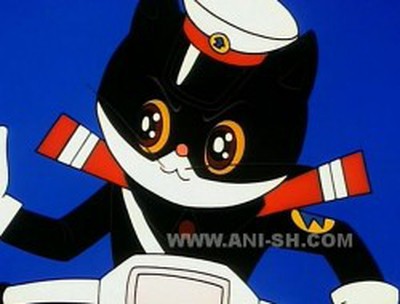 M.I.C. Gadget reports that Apple has been hit with a new lawsuit in China, with the state-owned Shanghai Animation Film Studio claiming that Apple has permitted sales of its movies without authorization. Given that Apple does not directly sell audio or video content through the iTunes Store in China, it appears that the issue relates to the films being made available through third-party App Store apps.

Shanghai Animation Film Studio, China’s first and official animation factory, sued Apple for hosting applications containing unlicensed versions of their works on its App Store that were available for download, demanding a total compensation of 3.3 million yuan (around $530,000 USD) from Apple for violating the copyrights of their 110 works.

The South China Morning Post has more on the situation, noting that Apple declined to comment and that officials from the animation studio made only a brief statement about the matter.

"We want to keep tight-lipped on this case because, as we see it, it's just a litigation in which we want to get compensation [for our product]," said an official from the Shanghai studio. "It's a sensitive period now since Apple is a big multinational company and it is surrounded by controversies on its practices in China."

The lawsuit is the latest in a long line of legal troubles for Apple in China, which includes a patent lawsuit over Siri that gained news earlier this week and a case late last year in which Apple lost an $82,000 judgment over unauthorized sales of a Chinese encyclopedia through the App Store. The highest-profile case in China has been the dispute over the "iPad" trademark in the country, with Apple agreeing to a $60 million settlement in that case last year.

duffman9000
So piracy-land is complaining about unauthorized sales? :rolleyes:
Score: 46 Votes (Like | Disagree)

justperry
Another nonsense lawsuit, how can Apple be responsible what a 3rd party company includes in their Apps or devices, like the casing lawsuit.
Score: 16 Votes (Like | Disagree)

Eventually Apple will do the math, and stop selling any iPhoes/iPads in China.


Yeah, stop selling to the most populated country in the world... righhhtt.... :rolleyes:
Score: 11 Votes (Like | Disagree)

MadDawg2020
This is nothing but a shakedown for a Chinese mobster for a payout from Apple.

They should be suing the company that stole the copyrighted works from them in the first place and posted them on to the iTunes store under false pretenses, but that is probably a dummy corporation run by the Chinese Government with no chance of ever paying out on a claim.

It is funny how we are seeing more and more Chinese companies crying foul of copyright laws now, given China's record of pirating and bootlegging everything from entire Apple stores, music, movies all the way down to lead laced toys and toothpaste and every imaginable product in between.

And as far as this ludicrous statement:
"It's a sensitive period now since Apple is a big multinational company and it is surrounded by controversies on its practices in China."
What controversies?

Apple is one of the most transparent companies on Earth when it comes to their policies on workers in China, which in itself is a big deal considering that Apple is so secret about everything else. You don't see Nike, Dell, Samsung or any other 'big multinational company' open up like Apple has on their workforce policies.

slrandall
Can there just be a "Legal/Financial" section that would cover the more business-oriented stories? I really like the writing at this site, but couldn't care less about the lawsuit stories.
Score: 8 Votes (Like | Disagree)

camnchar
I must be living in Bizarro-universe.
Score: 8 Votes (Like | Disagree)
Read All Comments