Last October, Tim Cook tasked Jony Ive with leadership of the company's Human Interface teams in addition to his role as head of Industrial Design.

This suggested that the company's hardware and software user interfaces could become more complementary with one executive in charge of everything that users see and touch.

The Wall Street Journal reports that this is indeed the case, with mobile software teams being briefed about new hardware prototypes earlier in the design cycle. Additionally, Ive is now sitting in on the human interface team's review sessions to examine new designs.

Some suggested that in Apple’s next mobile operating system, Ive is pushing a more “flat design” that is starker and simpler, according to developers who have spoken to Apple employees but didn’t have further details. Overall, they expect any changes to be pretty conservative. For the past few years, Apple has unveiled versions of its mobile operating system in the summer.

Design is one example of the increased “collaboration across hardware, software and services” that Apple said it was aiming for when Cook pushed senior vice president and mobile software chief Scott Forstall out of the company last year.

In addition to Ive's command of the physical and software interface teams, Craig Federighi is looking at combining some Mac and iOS software teams when there is particular overlap, such as the calendar teams, while keeping the majority of the Mac and iOS engineering teams separate, the paper reports.

Don't go the Windows 8 route and shove a touch tablet interface onto the desktop users.
Score: 96 Votes (Like | Disagree) 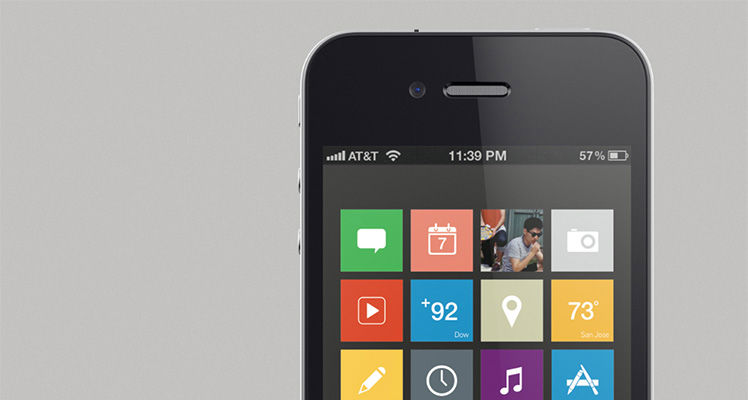 naeS1Sean
Jesus. Complain complain complain. Why do you people even buy Apple products? He is incredible, and he's going to do a fantastic job with this. Just like he does with hardware. Faith people!
Score: 82 Votes (Like | Disagree)

cclloyd
Meh, I've never been a fan of the flat designs.

Yvan256
I went from Snow Leopard to Mountain Lion.

roow110
I hope they don't go too flat... while it is aesthetically pleasing and very minimal, it is a trend. Apple could appear to just be following the look of Windows Phone. There is a reason for some degree of skeumorphism in interface design. Windows phone is too flat, and there is not enough differentiation between elements creating a confusing interface (for instence, buttons are no different than text, confusing content with hyperlinks.) While Apple has pushed skeumorphism too far, Microsoft has pushed flat too far. Hopefully Ive is able to find the right balance and doesn't follow the trend on completely flat interfaces.
Score: 35 Votes (Like | Disagree)
Read All Comments

Thursday January 14, 2021 9:32 pm PST by Juli Clover
Apple is working on two new MacBook Pro models that will feature significant design changes, well-respected Apple analyst Ming-Chi Kuo said today in a note to investors that was obtained by MacRumors. According to Kuo, Apple is developing two models in 14 and 16-inch size options. The new MacBook Pro machines will feature a flat-edged design, which Kuo describes as "similar to the iPhone 12" ...
Read Full Article • 512 comments

Friday January 15, 2021 10:23 am PST by Juli Clover
Apple is developing two versions of the Mac Pro to succeed the Mac Pro that was first released in December 2019, according to a new report from Bloomberg. The first updated Mac Pro is a direct successor to the current Mac Pro and it will use the same design. It may also be equipped with Intel processors rather than Apple silicon chips, and it could be one of the sole machines in the Mac...
Read Full Article • 234 comments