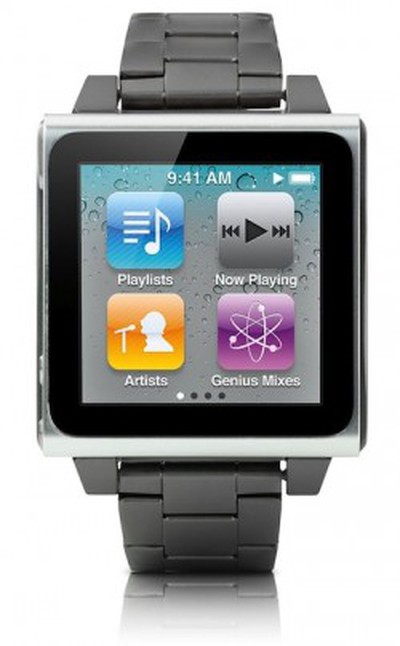 Piggybacking on Bloomberg's latest report about Apple's "iWatch" plans, The Verge has weighed in with its own claims about the project. Most notably, the report's sources claim that Apple is planning for the watch to run a "full" version of iOS rather a simpler operating system such as that seen on the iPod nano.

Interestingly, we're also told that Apple's chosen to rework the full iOS to run on the watch instead of building up the iPod nano's proprietary touch operating system — although the previous nano was already watch-sized and seemed like a great starting point for a watch, Apple's betting on iOS across product lines.

Given the constraints of a watch-sized display, it seems clear that this full version of iOS would still have some limitations in terms of feature support. But a watch-specific version of iOS could make app support more straightforward for both Apple and third-party app developers.

Apple's desire for the watch to run iOS is causing the company some difficulties, however, as The Verge reports that prototypes are currently seeing subpar battery life.

[T]he goal is to last at least 4-5 days between charges, but the current watch prototypes are apparently only going for a couple days max. We're also told Apple has some work to do with iOS on the iPhone, which currently has several hooks for supporting a watch-like device but lacks the appropriate interface or settings to make it work properly.

Rumors of an Apple smart watch have been rapidly gaining steam in recent weeks, suggesting that the company may indeed be moving the project to near the top of its priority list. An Apple television set had been the front-running rumor for Apple's next major product, but its development has reportedly been slowed by content negotiations.

I remember when this site was about iPhones and iPads, not these kiddy iWatch toys. What has happened to Apple?


I remember when this site was about Apple computers...:(
Score: 50 Votes (Like | Disagree)

levitynyc
can't wait to have to charge my watch every day.
Score: 39 Votes (Like | Disagree)

Sky Blue
I remember when this site was about iPhones and iPads, not these kiddy iWatch toys. What has happened to Apple?
Score: 26 Votes (Like | Disagree)

I remember when this site was about iPhones and iPads, not these kiddy iWatch toys. What has happened to Apple?


I remember when this site was about desktops and laptops. Times change. Roll with it.
Score: 19 Votes (Like | Disagree)

"Sorry, my watch is dead right now. Ask me this time tomorrow. "
Score: 14 Votes (Like | Disagree)
Read All Comments