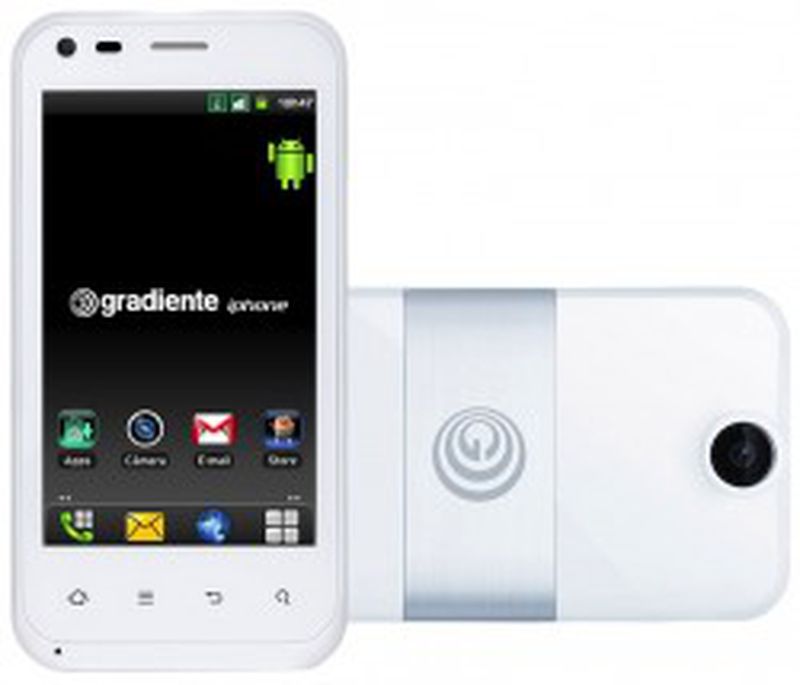 BBC News reports that Apple has officially lost a trademark ruling in Brazil over the "iPhone" name, with officials declaring that a company now selling Android phones under the name is the rightful owner of the term based on its trademark application from 2000.

The impact on Apple appears to be limited for the time being, however, as Apple is reportedly pursuing an appeal and can continue selling the iPhone under its present name in the country.

The INPI added that its decision only applied to handsets, and that the California-based company continued to have exclusive rights to use the iPhone name elsewhere including on clothing, in software and across publications.

Apple can also continue to sell iPhone-branded handsets in what is Latin America's biggest market - however, Gradiente has an option of suing for exclusivity.

Apple's case hinged on the fact that Gradiente had not launched a product with the "iPhone" name until late last year, despite having applied for the trademark over a decade earlier. Trademark officials did not, however, agree that IGB/Gradiente should be stripped of the rights to the mark.

Gradiente noted last week that it was open to selling the rights to the iPhone trademark to Apple, but it appears that the dispute may continue through appeals and lawsuits for some time before a settlement might be reached.


The Brazilian government has zilt to do with that - this is called application of law as it is supposed to happen in any civilized nation out there.

In fact, Apple and its partners have already been manufacturing there and will continue to do so, for obvious reasons...Brazil is the 6th largest economy in the world and the natural leader of the Southern Hemisphere - in other words, a huge target market for Apple, as already confirmed by Cook and others.

And no, we do not speak Spanish nor are we part of the prejudiced and nonsensical US-invented "latino" community. So for those with some knowledge of Brazilian Portuguese, you may check this "explanatory" video by Gradiente - they say that the idea behind "IPHONE" came from "INTERNET PHONE" back then (whether one believes that or not is irrelevant now):

Ultimately, the INPI has simply applied Law 9279 on IPR - Apple has stated that it will appeal on "removal for non use" grounds. However, this is a lost cause, as it is clear that IGB DID release something since the registration was finally granted to that company in 2008 (the five-year period counts from effective registration and NOT deposit of the request).

As I said before, Apple will have to shut up and pay; simple as that.
Rating: 7 Votes

Some people on here have a really screwed up world view.
Rating: 6 Votes


You mean unlike the iPhone's that are currently being manufactured in Brazil?

If a company owns a valid trademark, a company from another country cannot simply come in and take it over, simply because they 'forgot' or couldn't get their trademark in that particular country.

If I register a trademark here in the UK, today, then the mighty Apple chooses the same trademark everywhere else in the world, in five years time, it doesn't mean they have a legal right to *my* trademark, registered first.
Rating: 6 Votes


I'm sure all the Brazilians are glad that their legal system isn't guided by the market.
Rating: 5 Votes

was Apple the one to set the trend for small letter capital letter? eg. eMac iMac. I remember playing online games and everyone was always iSomething. even the movie I, Robot kind of seems like it got the idea from there. Whoever set this trend should have right to use the term since it reflects upon themselves/company

If I register a trademark here in the UK, today, then the mighty Apple chooses the same trademark everywhere else in the world, in five years time, it doesn't mean they have a legal right to *my* trademark, registered first.


As they will probably find out if they try to launch an "iTV". :)
Rating: 4 Votes

spyguy10709
I guarantee that Apple isn't going to bring manufacturing to Brazil now. Not smart, Brazil. Not smart.
Rating: 3 Votes

Your understanding of logic seems to be as strong as your grammar.

I actually don't. Brazil just pissed off Apple. I think it would, actually, because Brazil could have just risked 1000s of good jobs for their people, instead of a bogus trademark on an irrelevant, bankrupt, company.

lolkthxbai
This Brazilian company is acting very typical and they have every LEGAL right to do so. I can't wait to hear how much they settle for...
Rating: 2 Votes
[ Read All Comments ]