BrightWire summarizes a report [Google translation] from Chinese financial news site yicai.com noting that the city of Shangahi has officially announced Apple will open a new facility including some research and development operations in the city this summer.

- Shanghai Municipal Commission of Commerce has announced that Apple will open its R&D center this summer.

- Apple has registered three firms in three buildings in Pudong, Shanghai, and one of them will be dedicated to procurement management and R&D, according to documents on the Shanghai Municipal Administration for Industry and Commerce's website. 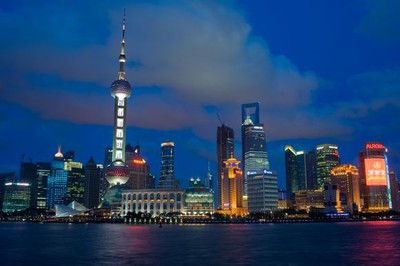 While Apple had previously been reported to be developing an R&D facility in Beijing, the Shanghai plans have reportedly been underway for quite some time. Initial reports of a Chinese R&D facility emerged following a meeting between Apple CEO Tim Cook and the acting mayor of Beijing just two weeks ago, so it is unknown whether those plans are still in the works.

China is an enormously important market for Apple, with revenues of $7.3 billion in the last quarter alone. Cook described China as Apple's second largest region.

If you look at our total Greater China, which would include our retail stores in China, our revenues were $7.3 billion in the quarter. So this is incredibly high, it’s up over 60% year-on-year … It’s clear that China is already our second-largest region … and it’s clear that there’s a lot of potential there.

A key challenge for Apple in China is that its products are typically too expensive for workers on an average salary. Apple recently introduced payment plans of up to two years, and the rumored low-cost iPhone is also expected to be offered in the Chinese market.

hollin
Is it just me or is "reportedly confirmed" an oxymoron?
Score: 10 Votes (Like | Disagree)

"Designed by Apple in China"
"Assembled in USA"
Score: 3 Votes (Like | Disagree)

xlii
The start of outsourcing Apple engineering jobs to China has begun.
Score: 3 Votes (Like | Disagree)

Intarweb
While this doesn't wont happen because of this move, the moment I see 'Designed by Apple in China,' on an Apple product I purchase, I'm done with them.
Score: 3 Votes (Like | Disagree)

RolyPolyBird
The human rights abuses in China are unacceptable and things are not getting better. You have got to wonder if this is a strategic move by Apple, done purely to give them more negotiation power against the Chinese Government and in their "courts".

Why would they choose Shanghai over Taiwan or Hong Kong or even a Japanese or Australian city?
Score: 3 Votes (Like | Disagree)

CyberBob859
Guess this will soon be a collector's item also....