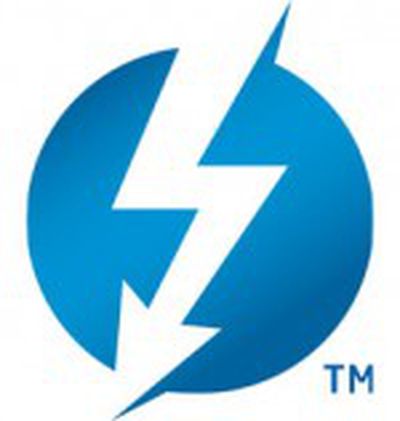 Last July, Ars Technica took a look at the state of the Thunderbolt standard developed by Apple and Intel, noting that adoption remained slow amid high pricing some eighteen months after the standard's introduction. The report did, however, suggest that pricing could begin to improve in 2013 as the next generation of Thunderbolt chips hit the market.

Ars Technica has now published a follow-up report looking at how things have changed over the past six months, pointing to a number of improvements such as slightly lower pricing on Thunderbolt cables from Apple, the introduction of the first wave of optical cables supporting the standard, and the launch of new docking stations and other peripherals taking advantage of Thunderbolt.

The report indicates that the biggest holdup to wider adoption of Thunderbolt appears to be Intel's licensing and certification process, with the company dedicating only limited resources to helping third-party vendors bring their Thunderbolt products to market.

Several vendors we have spoke to over the past year have claimed that Intel was holding up the process, cherry picking which vendors it worked with.

Though Intel had effectively denied this characterization in the past, the company explained the situation a bit differently when we spoke at CES last week. Jason Ziller, Director of Thunderbolt Marketing & Planning at Intel, told Ars that Intel has "worked closely" with vendors it felt could "offer the best products" and could meet its stringent "certification requirements." The subtext seemed to be that Intel had limited resources to support and certify new products, and so it gave priority to devices that were perhaps more novel than those proposed by other makers.

Ziller indicated that Intel would be broadening its efforts this year, suggesting that more Thunderbolt products may be able to make their way into consumers' hands. Combining those efforts with continued cost drops and the first moves into Windows machines, Apple and Intel are undoubtedly hoping that 2013 will finally see Thunderbolt turn the corner.

hamean
Thunderbolt has been an abject failure to this point. Bytes from this article indicate that it will continue to be available exclusively at the professional price point for the foreseeable future.
Score: 25 Votes (Like | Disagree)

roadbloc
Meh. Its probably too late for Thunderbolt to be adopted at a large scale. USB 3, despite not being as good, is backward compatible to the many many many USB 2 + 1 devices out there.

Henriok
Firewire was not a flop and if Thunderbold does as well as Firewire is then I'll be a very happy Mac user for the forseeable future. Thanks to Firewire, Macs have been able to do things PC users could only dream of.
Thanks to FW the original iPod loaded music at least 10 times as fast as USB1, and was able to charge the battery in no-time.
Thanks to FW external harddrives have been constantly at least twice as fast as their contemporary USB counterparts, until the adoptation of extrnal SSDs attached to USB3.
Thanks to FW there's been bus powered external harddrives, many many years before USB could handle that.
Thanks to FW we could hook up digital videocameras years before those with USB.
Thanks to low latency FW with priority traffic FW enabled audio and video hardware that could never be attached to anything USB.
Thanks to FW we could daisy chain external units like harddrives, CD/DVD-burners, videocameras and a whole world of audio and video gear that USB users to this day can only dream of.
Thanks to FW we can target boot our Macs. That's something that USB will never be able to do.
Thanks to FW we could have our peripherals in another room, supporting cable lenghts of 100s of feet far beyond the range of USB.

Most of these features are replicated with Thunderbolt but not challenged by USB3 like much longer cable length, much higher bandwidth, lower latency, daisy chaining and target mode, and more electrical power. And Thunderbolt adds a lot of features to FireWire that's not supported by USB3, like monitor support, external PCIe expansion and protocol agnosticity.

Stuff we'll never see on USB are 4K (aka Retina) displays, 10 Gb Ethernet-ports (or multiple Gbit Eth) and bidirectional 10 Gb links is just the _first_ implementation of Thunderbolt. This technology is actually designed for 100 Gbps so it has room to grow.

So, no, it's just not designed to support the stuff like external harddrives so if that's your narrow scope of problems, USB is the solution.
Score: 12 Votes (Like | Disagree)

OddyOh
What a joke. This should be their top priority. Nah, just let it die on the vine.
Score: 9 Votes (Like | Disagree)

As most have already point out, PRICE is the reason its not being adopted - not Intel's licensing or certification.