During the new year in Japan, retailers often offer a Fukubukuro, or "mystery bag," which is a grab bag that is filled with a random assortment of products sold at a steep discount.

Apple has participated in this tradition for several years, and will once again be offering its "Lucky Bag" in seven different Japanese Apple stores on January 2.

Lucky Bags, which Apple sells for 33,000 yen or $390, traditionally contain items like iPods, headphones, and t-shirts. A few fortunate folks, however, have received big ticket items in previous years, like MacBook Airs or iPads, which have made Lucky Bags ultra popular in Japan.

Apple's grab bags are sold as is, and returns are not accepted unless a product is defective. Still, the bags have been quick sellers in previous years.

According to Tech in Asia, people begin to line up the night before in order to get their hands on a bag, as the sale is similar to Black Friday.

Unfortunately, you'll have to get in line very early if want one of these Lucky Bags. People typically begin lining up at the Apple store on the night before, so if you show up in the morning, and still manage to secure a bag — well, consider yourself lucky. I tried a couple of years ago, but walked away disappointed.

Like Apple's 12 Days of Christmas, this promotion is regionally limited to Japanese customers, though other countries, like China, may see the same traditional Apple Store sales during the new year.

Considering you live in California, are you referring to this car? :D 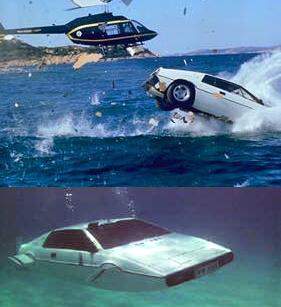 puma1552
most people here forgot that this isnt an apple only thing, but rather common practice for many japanese retailers.

Crazy people are crazy anywhere. Can't really pin that on the US. If that kid had been in Europe when he went nuts, I wouldn't be pinning that on Europe. It's just a rare circumstance creating a rare horror, that wasn't dealt with in time to prevent the disaster.


Europe is a continent and the US a country. Please don't be so small minded

Wait, are you talking about the attack in Norway that left some 69 kids dead? Terrible regardless of where it happens....which unfortunately is the world over.


but week after week in the US
Score: 8 Votes (Like | Disagree)

There was a kid in Europe who killed all those school kids 1-2 years ago in Sweden or Norway.


Crazy is indeed everywhere... It just occurs a lot more often in the US
Score: 7 Votes (Like | Disagree)

... whereas mass shootings occur weekly in the US.

or our US troops kill tons of people in the Middle East every day, including women and children, but that doesn't make the news over here, because that's not what they want us to see. The US is likely responsible for millions of innocent lives, from invading foreign countries. But hey, it's not on Fox, or MSNBC, so it's not real, right?
Score: 6 Votes (Like | Disagree)

CodeBreaker
Now where did I keep my X-ray goggles?
Score: 6 Votes (Like | Disagree)
Read All Comments