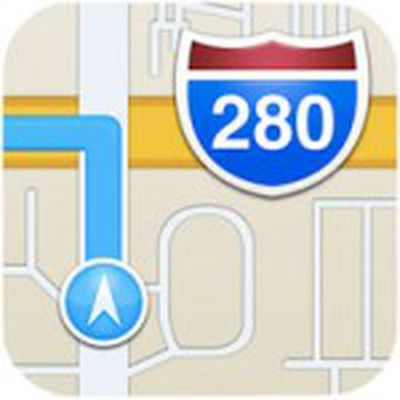 Police in Victoria, Australia issued a warning to motorists this weekend regarding Apple Maps after several travelers became stranded in the Murray-Sunset National Park trying to reach the city of Mildura using Apple's directions.

Local Police have been called to assist distressed motorists who have become stranded within the Murray-Sunset National Park after following directions on their Apple i-phone.

Police are extremely concerned as there is no water supply within the Park and temperatures can reach as high as 46 degrees, making this a potentially life threatening issue.

Some of the motorists located by police have been stranded for up to 24 hours without food or water and have walked long distances through dangerous terrain to get phone reception.

In Maps, the city of Mildura is listed in the middle of the Murray-Sunset National Park, which is actually 70km or 43 miles from the city's actual location. In the photo pictured to the right, the red pin is where Apple lists Mildura, while the purple pin displays Mildura's actual location.

A report from Australia's ABC News reveals that Victoria police have had to rescue a total of six people in the last two months after they became lost using Maps.

After the launch of iOS 6, which included the new Maps application, Apple received criticism over inaccuracies in mapping data like the mislocation in Victoria, which led to the termination of several people involved with the Maps project, including Senior Vice President of iOS Software Scott Forstall and Maps manager Richard Williamson.

Apple CEO Tim Cook even issued a personal apology to the public over the debacle, promising to improve the app. In his recent interview with Brian Williams, Tim Cook spoke again about Maps, reiterating that Apple "screwed up" and is "putting the weight of the company behind correcting it."

Police in Victoria have contacted Apple about the Maps discrepancy and are warning travelers to use an alternative mapping system until it is fixed.

When I heard about Apple Maps sucking during the beta stage of iOS 6, I thought there was no way Apple would release it like that. They did, and they should have waited for iOS 7. Why the huge rush to release it in iOS 6??? Also, this story is HILARIOUS.

Some people explained that Apple needs "crowd sourcing" to improve its Maps app.

Well, I have reported a wrong POI for ~10 times already and it's still there after a few months.
Score: 37 Votes (Like | Disagree)

For the first time, I'm first.

Geez, Apple Maps must be total poop outside the USA.


Inside the USA too. There's an entire shopping plaza near my house that Apple considers an "airport".

Also, it sucks being in NYC without having the native Google Maps App's transit info. I know there's other apps, but Google Maps was so detailed. The Web App SUCKS.
Score: 32 Votes (Like | Disagree)

Geez, Apple Maps must be total poop outside the USA. This is hilarious.
Score: 31 Votes (Like | Disagree)

skellener
Apple should really just stop. They have never delivered services well - and Maps is now one of the biggest embarrassments to date.

Whatever they are spending to do their own Maps - it still must have been cheaper to simply use Google's data. Even if Maps gets to the point that becomes usable, how long is Apple committed to the service? A few years? Five tops? Google is obviously in it for the long haul. Streetview? Where is it Apple? Do you think the Google self-driving car is simply for R&D??? Nope - eventually those autonomous cars will be all electric, driverless and will be grabbing updated Streetviews monthly if not weekly. Apple are you ready to compete on that level? I doubt it. Apple Maps will eventually go the way of Ping or Dot Mac and everyone will forget about it. It's just another poorly implemented Apple service that will see no follow through.

Apple, save some money, stop fighting Google and just work WITH them. The combination of Google data and services with Apple interface and design works so well. It's such a missed opportunity to make everything better. Stop fighting!
Score: 27 Votes (Like | Disagree)

kas23
I don't understand how Apple could publicly apologize for the low quality of this product, but still continue to ship it. Now they have a situation on their hands.
Score: 27 Votes (Like | Disagree)

swingerofbirch
I knew this wouldn't turn out well. Apple is one of the most closed companies and they've never "gotten" Internet services or been able to maintain one for more than a few years without shuttering it and starting over (except for the iTunes Store). There's a long string of failures. They didn't even get that something like iDisk was a cloud service people expect to exist indefinitely. I've not even heard of smaller companies shuttering a service and making customers download information they were paying for a company to store for them, let alone the world's biggest tech company.

Google is a company that will go out and work with anyone. They will do whatever it takes to make something work. They make partners and friends. They're like a really big university. Apple is like a historic, very small liberal arts college that decided to open a medical school in a tiny historic building with 5 foot ceilings and no indoor lighting or plumbing and wants to leave it that way to preserve the character of the building. I don't know how else to say it. They've never gotten Internet services. Their offerings have been unreliable, awkward, and slow. And the only really interesting part is that they thought they could do a mapping system.

But their vision again is so small. They didn't even want to do an mapping system the world could use. It's only on some of their devicesnot even all of their devices, let alone anyone else's. It's not even a web-service, so it doesn't even work with their own apps like Contacts for example on the Mac. A company that is serious about making a mapping system would have it available in a browser, available in beta for a long time for everyone. Right now it's an *exclusive* to people who buy their newest devices, but it turned out to be an exclusive that people wish they could switch to the old system. In fact it was supposed to be one of the main features of their new products.

The other funny thing besides Apple thinking it could do maps is that other people take Apple seriously with mapping. I am fairly certain that Google Maps will be around in 20 years. I am fairly certain that Apple Maps will not be around in 20 years. Apple gives up on this stuff all the time. I don't get why Apple thought they could do it, and I don't get why other people thought they could either.

Does Apple really want to be a mapping company indefinitely? Or was this just an act of hubris? It's not what they're good at. It's not in their "DNA" to borrow an over-used phrase!

This is an area where they need to partner.
Score: 21 Votes (Like | Disagree)
Read All Comments