As noted by netkas.org and in our forums, the initial beta release of OS X 10.8.3 seeded to developers yesterday contains drivers supporting AMD's latest 7000-series graphics cards, including the high-end "Tahiti" options. The development has naturally sparked speculation that Apple is starting to build in support for graphics cards to be used in the all-new Mac Pro coming in 2013. 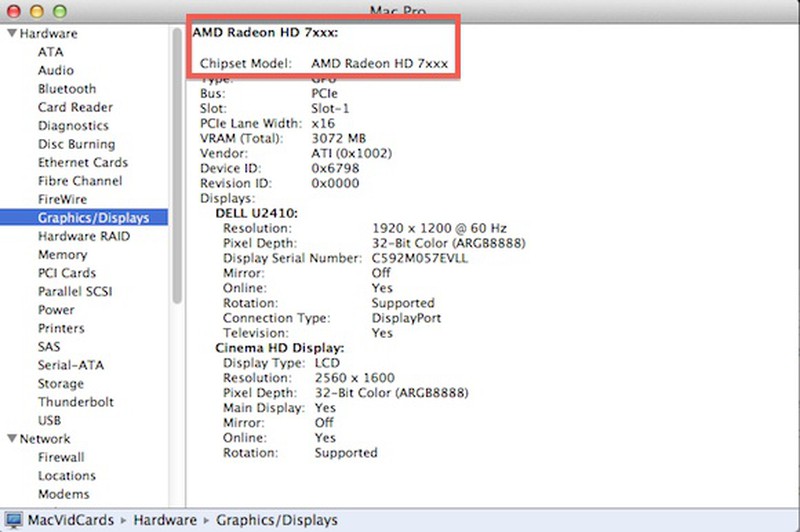 Testing has revealed that the low-end "Cape Verde" Radeon HD 7770 graphics cards will work under the first OS X 10.8.3 beta and that support is also likely for the high-end Tahiti cards, but forum user MacVidCards cautions that compatibility for certain cards has come and gone in the past, so users should wait until the public release of OS X 10.8.3 before getting their hopes up too much, and even then compatibility could disappear in the future.

This is not the first time that evidence of Tahiti support has shown up in OS X either, as other drivers surfaced nearly a year ago in OS X 10.7.3. Consequently, it is difficult to reach any conclusions regarding Apple's product plans based on the appearance of new drivers in OS X 10.8.3, but it certainly seems to be positive progress toward support of new hardware.

Schizoid
as long as it's actually powerful and not thin, we're in with a chance!
Score: 18 Votes (Like | Disagree)

As is the case with Apple. Always late to the party and normally the first to leave! :p
Score: 16 Votes (Like | Disagree)

James Craner
First leaked photo of the new Mac Pro after it has been given the Jony Ive minimalist makeover :)

Patrick J
It's sad when the largest and most successful computer company in the world gets headlines at the hint its next computer might support current generation components.

A professional machine like the Mac Pro should be updated much more often than Apple's dreary trod has allowed.
Score: 12 Votes (Like | Disagree)

Apple is ALWAYS a day late and a dollar short with video card support. It's embarrassing.

Like antster94 pointed out, the 8000's are on the horizon. So.... one can reasonably assume it will take Apple at least 10 months to add support for those new cards. :rolleyes: