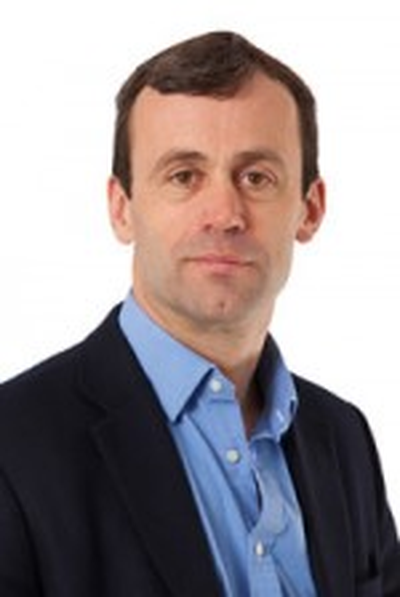 John Browett, Apple's retail vice president, has received the first vestment from his signing bonus of 100,000 restricted stock units (RSUs) according to a filing with the SEC. He was granted the first batch of 5,000 shares today with 2,159 shares being sold for tax withholding purposes.

Unlike options, restricted stock units do not require the recipient to purchase stock at an exercise price in order to receive the shares. The RSUs simply convert to actual shares on the vesting dates, although there are tax implications to the conversion that generally result in recipients immediately selling off at least some portion of their grants as they vest.

After withholding, Browett owns 2,841 shares of AAPL stock worth $1.74 million at current prices. He is due 95,000 more shares of stock worth some $58 million over the next 5 years, assuming continued employment.

The stock grants are bound to be controversial given the perceived missteps that Browett has made with Apple retail recently, with rumors of hour cutbacks and layoffs as well as an ongoing shift in Apple's retail store strategy to focus on profits rather than customer service.

Schtumple
I cannot express how much I hate that this guy still has a job at Apple. Or any job for that matter, his overly simplistic business ideas are the epitome of upper management who have no idea how retail actually works.
Score: 29 Votes (Like | Disagree)

HiRez
Sorry, but the guy even looks like a douchebag. And from a business perspective, he seems like the most un-Apple-like guy they could have hired. As a shareholder, I'm not happy about it.
Score: 21 Votes (Like | Disagree)

TMar
The really sad part is Apple believes any of these guys to be worth that kind of money.
Score: 13 Votes (Like | Disagree)

Quu
I too am not happy with this guys profit centric approach to retail. Apple already makes more money per square foot of their retail stores than any other in the world, there should be little for him to do but sit back and think of new ways their stores can provide more services (in the same vain of the genius bars).

WHAT could he have POSSIBLY done in such a short time that deserves any criticism or praise for that matter? All the stuff that people say that "sucks" about him are the same things they said before he even took the spot! Let him prove himself to be good or crap before running around with hypotheticals and trying to pass them off as facts!

What FACTS, backed by PROOF do any of you have that he's changed Apple's retail strategy at all? And please don't quote rumors. Things that have ACTUALLY BEEN IMPLEMENTED? And please don't point to "This one time at an Apple Store I had worse customer service than the time before it" or anything non sequitur like that. I'm genuinely curious myself.

He destroyed PC World, Dixons and Curries customer service in the UK. Destroyed. They went from being companies that had acceptable support to just downright awful over a very short period of time. I've seen his changes happen over time, it killed the companies retail presence, in a time when online is consistently winning price, people expect that by going to a store, what they're paying for is the customer support in store, if you remove that, you might as well go online. That is why his plans are flawed.

You mean you don't want to make a profit in retail? Must have missed that lecture in school.

See the above. Obsessing over profits isn't a good thing, you need a balance.
Score: 8 Votes (Like | Disagree)

Yet for years high salaries were to be admired and aimed for. We all wanted to be that good.

Of course, in the 1960s there were huge problems as CEOs had to be dragged from bed each morning kicking and screaming, forced to work for such meagre gruel like a slave.

'How can I work for the pay of a mere 18 average men?' they would say.
Score: 7 Votes (Like | Disagree)
Read All Comments

Friday May 20, 2022 8:55 am PDT by Juli Clover
Apple is working on an updated version of the HomePod that could come in the fourth quarter of 2022 or the first quarter of 2023, according to Apple analyst Ming-Chi Kuo. Kuo says that there "may not be much innovation in hardware design" for the new HomePod, and there is no word on what size the device will be and if it will be a HomePod mini successor or a larger speaker. Apple would ...
Read Full Article • 201 comments