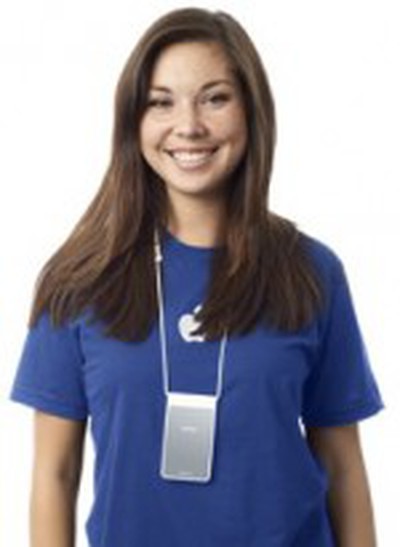 Earlier this month, we reported on several changes at Apple retail stores that were reportedly seeing some employees being laid off or seeing recent promotions being retracted, while other part-time employees were seeing their hours reduced significantly, in some cases to zero. Our report was followed several days later by an acknowledgement from Apple that the company had "messed up" in adjusting its staffing formulas for its retail stores.

ifoAppleStore now takes a close look at the situation, tying changes in the philosophy of Apple's retail experience to the passing of Steve Jobs and the operational focus of Apple CEO Tim Cook and new retail chief John Browett. At the most basic level, Jobs served as the champion for former retail chief Ron Johnson's vision of Apple stores focused on consumer satisfaction, and without Jobs to protect that vision Apple has slipped into a numbers-focused perspective for its retail operations.

Johnson was champion of customer satisfaction, designing and staffing the stores to provide a superior experience for visitors and buyers alike. He was able to win over Steve Jobs with the concept that revenue and profit should be a secondary goal of Apple’s retail stores.

But in 2009, Jobs took six months of medical leave and put Tim Cook in charge of the company, including the retail stores. Cook is primarily an “operations guy,” sources explain, and his natural focus is revenues and profits, not customers. While Jobs was away, Cook and chief financial officer Peter Oppenheimer began to confront Johnson on his customer-centric retail philosophy—both felt the stores didn’t generate enough revenues to justify operating expenses.

The report claims that Cook hired Browett to replace Johnson, who departed Apple to lead department store chain JC Penney last year, specifically because of his focus on "traditional concepts of retailing" that prioritize revenues and profits as the key performance metrics.

Tim Cook (left) and John Browett (right)
Even with Apple reportedly having reversed a number of the staffing changes that brought the company such significant publicity earlier this month, stores are reportedly still subject to directives reducing workshop offerings for customers and specifying policies on staff evaluation and compensation that prioritize profits over the customer experience and employee satisfaction.
Tags: ifoapplestore.com, John Browett, Apple retail
[ 339 comments ]

appleguy123
Browett will destroy the retail store experience for customers. You'd figure that Tim would be smart enough to see this.
Score: 94 Votes (Like | Disagree)

levitynyc
Best Buy values profit over customer satisfaction and look how great they are doing.
Score: 83 Votes (Like | Disagree)

I appreciate all that Cook has done for the employees, but I will be the first to say that meeting these numbers/profits is not going to bode well for them.

I don't understand the world of business. If your primary goal becomes meeting quotas and percentiles rather than customer satisfaction, how do you ever expect to be a respectable business?

BigMcGuire
And here we are.... the start of $ is more important than the customer experience :). Won't be long before there will be justification of a cheaper crappier product to save $....
Score: 75 Votes (Like | Disagree)

WhoDaKat
This totally makes sense as Apple is struggling to make a profit. Give me a break. Glass cubes, giant stores in Grand Central Station, and architectural innovating buildings is not the way you go to maximize profits, and thats not the point of these highly successful retail outlets. Its shock and awe, its getting the products into the hands of consumers so they can "play" with them. To do this is to understand why Apple products are so successful. Nickeling and dimeing consumers is the surest way Apple can shoot themselves in the foot.

Tim, your consumers made Apple the biggest company in the world, and we fight the good fight for you all over the internet (there are no fans like Apple fans) but if you even give off the appearance that you are trying to increase your already sky high profits, then you risk it all sir. You should fire this douche Browett and quit worrying about retail stores profits. Their job is to showcase... obviously the profits will come.
Score: 62 Votes (Like | Disagree)

Mark Booth
I worked retail for 35 years before retiring in 2009. Everything I read and everything in my customer service "gut" tells me that Browett is the wrong person to head Apple retail.

Wednesday May 5, 2021 1:29 am PDT by Tim Hardwick
Encrypted messaging app Signal has had a series of Instagram ads blocked from the social media platform, after it attempted to show users how much data the Facebook-owned company collects about them and how it's used to push targeted ads. In a blog post, Signal described how it generated the ads to show users why they were seeing them, simply by declaring upfront the information that the...
Read Full Article • 99 comments

Wednesday May 5, 2021 11:03 am PDT by Juli Clover
As the Epic Games v. Apple trial progresses into its third day, Apple's internal documents and communications with various companies are continuing to surface, giving us some insight into the dealings that Apple has had around the App Store. Back in December 2018, Netflix stopped offering in-app subscription options for new or resubscribing members and instead began requiring them to sign up ...
Read Full Article • 404 comments