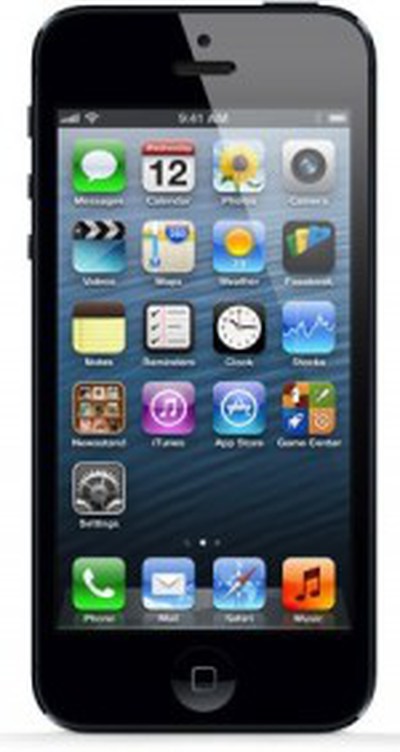 While the three major U.S iPhone carriers launched the iPhone 5 on September 21 and prepaid carrier Cricket and a number of regional carriers followed suit on September 28, one U.S. brand has been curiously silent about its plans for the iPhone 5: Sprint's prepaid Virgin Mobile unit. Virgin launched the iPhone 4S and iPhone 4 in late June, offering prepaid plans for as low as $30 per month to customers willing to pay full retail price for their iPhones.

But while no official iPhone 5 announcement has been made, MacRumors has confirmed that Apple does indeed have Virgin-specific CDMA iPhone 5 units lined up and ready to go. The full suite of Virgin Mobile USA iPhone 5 model numbers includes:

A timeframe for an iPhone 5 launch on Virgin Mobile USA is currently unknown, and it is unclear why the carrier did not introduce the iPhone 5 last week alongside competitor Cricket. Among the sixteen official iPhone carriers in the United States, only Virgin Mobile and regional carrier Alaska Communications have yet to introduce the iPhone 5. When asked about Virgin Mobile's iPhone 5 plans last week, a representative simply told MacRumors that the carrier has "made no announcements about this".

snebes
great news. I can't bring myself to signing a contract with the us bloodsuckers.
Score: 5 Votes (Like | Disagree)

iParis
Yep! Hell, I could have submitted this rumor. When I got my iPhone swapped at the genius bar it wan an unactivated model. It didn't have a sim card in it so when I set it up it asked me the carrier. It gave me Verizon, Sprint, and Virgin Mobile as options. It gave me two warnings saying it will be locked to that carrier before letting me continue.
Score: 4 Votes (Like | Disagree)


Right ? What the hell is wrong with you apple add t mobile.
Score: 2 Votes (Like | Disagree)

DCstewieG
This could be my next (and first) iPhone. But I don't think it's a secret why it's not available yet. Sprint - owners of Virgin in the U.S. - would rather sell you...well, Sprint service. As long as iPhones are supply-constrained, why would they offer their cheap option?

Very good to see they'll have more than just the 16GB version.
Score: 2 Votes (Like | Disagree)


Buy a GSM unlocked (when available) phone directly from Apple and take it to T-Mobile, they will provide you with a SIM.

You won't get LTE obviously, but some markets (including the San Francisco Bay Area) are getting 3G HSPA+ compatibility with the same frequency band that AT&T uses, so that you aren't stuck on Edge speeds.

In the long term, T-Mobile should start rolling out LTE sometime in 2013, but I wouldn't necessarily be counting on it.
Score: 2 Votes (Like | Disagree)
Read All Comments

Wednesday July 1, 2020 3:40 am PDT by Tim Hardwick
As expected, Apple's first MacBook Pro with a Retina display is now officially classed as "obsolete" worldwide, just over eight years after its release. In a support document, Apple notes that obsolete products are no longer eligible for hardware service, with "no exceptions." This means that any mid-2012 Retina MacBook Pro 15-inch models still out there that require a battery or other...
Read Full Article • 159 comments

Sunday June 28, 2020 7:56 am PDT by Joe Rossignol
iPhone 12 models will not include EarPods or a power adapter in the box, analyst Ming-Chi Kuo said today in a research note obtained by MacRumors. This lines up with a prediction shared by analysts at Barclays earlier this week. Kuo said that Apple will instead release a new 20W power adapter as an optional accessory for iPhones and end production of its existing 5W and 18W power adapters...
Read Full Article • 863 comments

Tuesday June 30, 2020 11:44 am PDT by Juli Clover
There's a new 'EvilQuest' Mac ransomware variant that's spreading through pirated Mac apps, according to a new report shared today by Malwarebytes. The new ransomware was found in pirated download for the Little Snitch app found on a Russian forum. Right from the point of download, it was clear that something was wrong with the illicit version of Little Snitch, as it had a generic installer...
Read Full Article • 124 comments

Wednesday July 1, 2020 1:57 am PDT by Tim Hardwick
Leaker L0vetodream this morning posted a tweet corroborating recent rumors that Apple's "iPhone 12" lineup won't come with EarPods or a charger in the box, adding that this will also eventually apply to the existing second-generation iPhone SE. L0vetodream also claims that future iPhone packaging will be "thinner" and "exquisite," which would make sense if Apple's handsets are set to come in ...
Read Full Article • 239 comments