Thursday September 13, 2012 8:15 pm PDT by Jordan Golson
There has been some consternation over the lack of backwards compatibility with the new Lightning dock connector in the iPhone 5. The Lightning to 30-pin adapter doesn't pass any video and may not work with all audio docks.

One MacRumors reader expressed particular concern over the lack of video support, noting that many in-car aftermarket entertainment systems use the video out function of the 30-pin connector to display and control apps from head units. It seems, however, that Apple does have at least a partial solution. 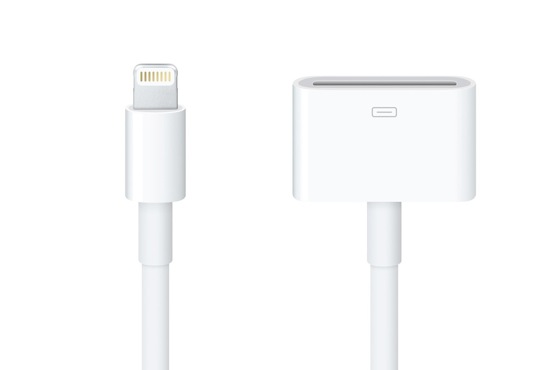 As The Verge reports, Apple is building Lightning to HDMI and Lightning to VGA adapters and quotes an Apple spokesperson as saying they "will be available in the coming months." Without these adapters, iPhone 5 owners' only option to output video from the device would be AirPlay.

The Verge doesn't reveal pricing, but the Apple Digital AV Adapter -- the 30-pin to HDMI adapter for the iPad and iPhone 4S -- is $39 direct from Apple.

OrangeSVTguy
Apple should provide 30pin to Lightning adapters for free with each new iDevice
Rating: 40 Votes

applesith
Why not have all adapters and cables ready for launch?
Rating: 28 Votes

bigjnyc
At the rate they're going these adapters are going to cost $99
Rating: 12 Votes

faroZ06
Watch as 3rd-party adaptors come out that cost $5. Apple really needs to decrease the prices on these or make some of them come free with the iPod.
Rating: 12 Votes

Dwalls90
This launch seems way too unplanned and rushed.

To be honest, I DO NOT think Steve would have allowed this kind of disorganization:

- New interface LACKING functionality which will be "coming soon".
- Lack of Apple case/bumper, at launch at least.
- Lack of adapter available at launch.
Rating: 9 Votes

baruch
Apple used to be a great company making great products. Now they just seem to be greedy greedy greedy. They are clearly willing to sacrifice user-friendliness for money. I won't be buying anything from them anymore. The system updates reduce functionality rather than expanding it, and design decisions like this one make it clear that they just want people to pay pay pay.

I have a 5 year old iPod classic which works great, and a refurbished 2011 MBP running Snow Leopard, and I think that's where I'll stop for now. No new stuff, no system updates. Apple, you're blowing it big time.
Rating: 7 Votes

Has anyone seriously ever hooked up their iPhone to a television??


I do when I am on trips and in a hotel with HDMI
Rating: 6 Votes

Any guess as to what each of those pins do?

You can do power and data with just 4 pins... what do the other 4 pins do?

jonnysods
What a racket
Rating: 4 Votes