Monday August 27, 2012 8:02 am PDT by Eric Slivka
We've been following Apple's efforts to open retail store locations in Sweden for some time, noting last November that the company had filed for a business registration certificate. The company began hiring for its new stores in February, although the locations for those stores were not disclosed at the time.

Over this past weekend, 99mac reported [Google translation] that a new location listing in Swedish search engine and mapping service Hitta.se has revealed Apple's forthcoming store in the Täby Centrum shopping center in Stockholm. According to sources, the store is scheduled to open on September 15. 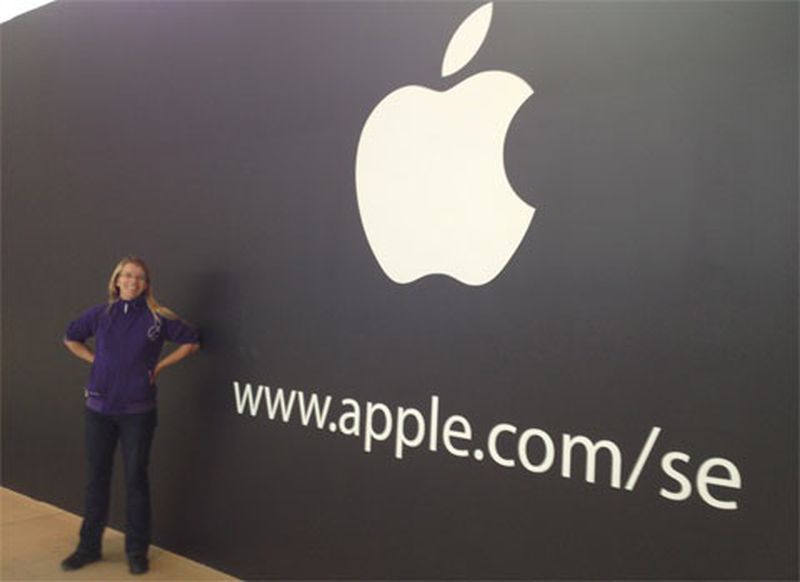 IDG.se followed up [Google translation] with a visit to the shopping center, where it discovered the under-construction store covered by Apple's traditional black construction barrier emblazoned with the Apple logo and the URL for company's Swedish site.


Apple is reportedly working on several other Swedish retail store sites, with a location in Malmö said to be planned for an October 25 opening and a second Stockholm site also said to be under consideration.

Sweden appears set to become the 14th country with an Apple retail store presence, with the company counting China and Hong Kong as separate markets. Unlike Apple's high-profile entry into the Netherlands earlier this year with a flagship store, the first Swedish store appears to be of the more standard mall-based variety, although with a very wide storefront indicating that it should be of substantial size.

Actually guys, the name of the mall is Täby Centrum. I have no idea where you got Spectrum from, but it's completely wrong :)

Oh, and for the linguistically inclined people, the "ä" in "Täby" is pronounced as the "a" in the words "tavern" or "tab".
Rating: 7 Votes

Free t-shirts, meatballs and gummy fish for the first 100 customers!


They should sell at IKEA.

They could even make a budget version that you have to assemble yourself.

byke
Taby is NOTin Stockholm, it's a suburb .... A place where they have a cheap shopping mall for generic goods.

Taby is NOTin Stockholm, it's a suburb .... A place where they have a cheap shopping mall for generic goods.


Yeah, I'm quite surprised that they put it there, even though it close to the most affluent suburbs of Stockholm. I was expecting Norrmalmstorg or something like that, not Täby.
Rating: 3 Votes

Dublinstiofán
That's great, when are we getting one in Ireland?

You'll trust us with the European headquaters here but not with an :apple: Store!
Rating: 3 Votes

Ganksta1
Been waiting for Apple store to come to Stockholm a long time. But really, Täby Centrum as its first location? thats just retarded. Sure its an expanding shopping area but thats like putting your first New York store in Brooklyn.