Late last month during the Opening Ceremonies for the Summer Olympics, Apple debuted a series of three ads focused on an "Apple Genius" helping customers in unusual situations. The ads received a relatively poor reception, with some observers objecting to the portrayal of customers as clueless and others simply not finding the ads as humorous as they were clearly intended to be. 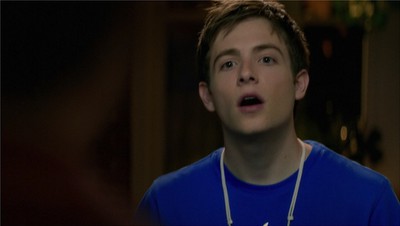 While Apple continues to feature the ads on its Mac site, a number of people have noticed that the ads have not re-aired on television since the opening weekend of the Olympics. In line with that observation, Mashable reports that Apple has indeed stopped airing the ads. But rather than the move being related to their mediocre reception, a representative for Apple's ad agency claims that the ads were only ever intended to run for that brief period of time.

A rep for TBWA/Media/Arts Lab, Apple’s ad agency, says the ads are not running anymore, but that was the plan all along. The ads were intended only for a “first run” during the Olympics, which meant just the first weekend of the Games, the rep says.

The new ads also remain on Apple's YouTube page, although the company quietly removed and reposted its Martin Scorsese iPhone ad to the channel late yesterday, leading to speculation that the company prefers to have that ad rather than the newer Genius ads at the top of its feed.

Stewie86
Complete BS. Those were clearly meant for a long run. They know they took them down based on negative reception.
Score: 52 Votes (Like | Disagree)

tigres
Do not believe it.
They sucked, and Apple will not admit.
Score: 41 Votes (Like | Disagree)

TimTheEnchanter
Gotta love marketing people when they spin their own spin. :D
Score: 29 Votes (Like | Disagree)

aajeev
Lots of people are pretty clueless about their product. This goes the same for both Mac and PC users. I don't mean it in a bad way, but there are people that never cares to learn anything about it. At the first sign of trouble they simply call up a friend to ask question.
Score: 26 Votes (Like | Disagree)

DisMyMac
Can we please see an iMac ad? Or even a Mac Pro ad?
Score: 25 Votes (Like | Disagree)

Apples products have always been about Elegance, beauty, simplicity.

These adverts were like the terrible adverts to come to expect from mere average companies selling junk at ten a penny. Not Apple
Score: 24 Votes (Like | Disagree)
Read All Comments

Monday May 17, 2021 6:06 am PDT by Joe Rossignol
Apple today announced that Apple Music will be gaining support for Spatial Audio with Dolby Atmos at no additional cost starting in June. At launch, Apple Music subscribers will have access to thousands of songs in Spatial Audio from artists like J Balvin, Gustavo Dudamel, Ariana Grande, Maroon 5, Kacey Musgraves, The Weeknd, and many others. Apple says this feature will provide a...
Read Full Article • 431 comments