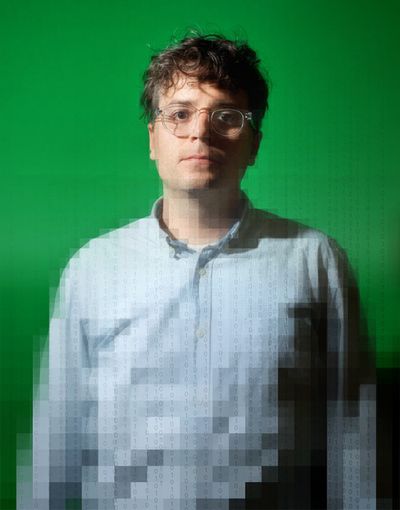 Wired reporter Mat Honan details the exact process by which hackers had gained control of his iCloud account. The hijacked iCloud account resulted in a remote-wipe of his iPhone, iPad and MacBook Air, as well as further intrusions into his Gmail and Twitter accounts.

As previously reported, the hackers were able to convince Apple Support to provide them with a temporary password to access Honan's account. Honan details exactly how this was performed.

Apparently, Apple Support only requires an iCloud user's billing address and last-four digits of the credit card on file in order to issue a temporary password. That temporary password grants full access to the user's iCloud account. Apple spokesperson Natalie Kerris issued this statement which claims that internal policies were not followed completely in Honan's case, but failed to specify exactly how:

“Apple takes customer privacy seriously and requires multiple forms of verification before resetting an Apple ID password. In this particular case, the customer’s data was compromised by a person who had acquired personal information about the customer. In addition, we found that our own internal policies were not followed completely. We are reviewing all of our processes for resetting account passwords to ensure our customers’ data is protected.”

Wired was able to confirm the reported policy themselves by successfully gaining access to another account using only those two pieces of information: a billing address and last-four digits of the credit card number.

As noted by Honan, a target's billing address is generally easy to determine by looking up a domain registration or by public white pages databases. As for discovering the last-four digits of Honan's credit card, Honan's hacker used a loophole in Amazon's security systems which don't protect the last-four digits of their user's credit card information. The hack requires a two-step phone call to Amazon. In the first call, Amazon allows you to add a second credit card to the account by simply offering the account's billing address, name and email address. Then, a second call allows you to add a second email address by verifying the previously added credit card. This second email address then has access to the account information including the last four digits of the original credit card.

Honan's intrusion seemed to be a result of a targeted effort to infiltrate his Twitter account, and a number of items had to line up just right for the hackers to gain access. The situation does reveal that the differing security processes between different providers could open up unwanted opportunities. It also seems to show that at present, a specific user's iCloud account access can be gained with those two pieces of only semi-private information.

Honan's full story about the sequence of events is an interesting read.

Who cares.. Is it a 'rumor' that someone's iCloud account got hacked or is it a fact? It's a FACT. This site is for RUMORS.


You must be constantly angered by MacRumors then.
Score: 35 Votes (Like | Disagree)

brentsg
This happens with a ton of Xbox Live accounts too. Microsoft doesn't seem to care. Also, since it's Microsoft and not Apple, the media doesn't care either.
Score: 15 Votes (Like | Disagree)

nagromme
Big, scary, simple failures here on the parts of Apple (using the credit card number as ID), Amazon (giving out that number!) and Google (giving out your alternate email address to strangers).

If I had to name 3 companies (that I actually use) which I trust the most to keep things secure, it would have been those 3... before today! (I know Google tracks me, but I’m surprised at this kind of lapse.)

I’m sure I’m not alone today in turning off Find My iPhone/iPad/Mac for the time being. And it’s probably smart to use different credit cards with different services, even if it means more bills to manage monthly. I do already use different (and hard to guess) passwords, and I back up in multiple ways including locally. Very important.

Something NEW is needed to make security usable AND effective for all of us, and incident this shines a light on the problems. What’s scary is, I doubt we'll see the changes (across MANY more companies than these 3) happening fast enough.

P.S. I hope the hackers spend some serious jail time after wiping out the guy’s family photos :mad:
Score: 12 Votes (Like | Disagree)

Who cares.. Is it a 'rumor' that someone's iCloud account got hacked or is it a fact? It's a FACT. This site is for RUMORS.

Sunday February 5, 2023 6:07 am PST by Joe Rossignol
Apple has discussed selling a new top-of-the-line iPhone alongside the Pro and Pro Max models in 2024 at the earliest, according to Bloomberg's Mark Gurman. Based on this timeframe, the device would be part of the iPhone 16 lineup or later. In a September 2022 edition of his weekly "Power On" newsletter, Gurman said there was "potential" for an iPhone 15 Ultra to replace the iPhone 15 Pro...
Read Full Article • 346 comments