With just over a week left in the month of July that is expected to see the launch OS X Mountain Lion, 9to5Mac reports that Apple has officially distributed the final version of OS X Mountain Lion to members of its AppleCare support team. The company has provided employees with Mac App Store download codes to allow them to install the forthcoming operating system on their main work machines.

The OS was supplied today to all AppleCare employees via a Mac App Store redeem code. Employees who have installed the build have confirmed that their seed is build 12A269, the same build provided to developers on July 9th.

Apple has yet to announce an exact launch date for OS X Mountain Lion beyond "July", but it appears that it could be targeting this Wednesday, July 25, with an announcement perhaps coming on the company's earnings conference call the day before. Apple used a similar launch strategy last year for OS X Lion, announcing as part of the introductory remarks for its earnings conference call that the operating system would launch the following day.

rorschach
Tuesday or Wednesday is almost definitely the day!
Score: 8 Votes (Like | Disagree) 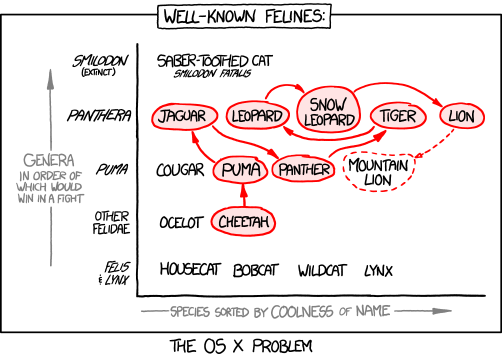 People are often under the mistaken myth that Apple makes $$ from their 30% cut. The 30% that Apple charges on the iTunes Store (music, movies, apps, etc), and Mac App Store just covers overhead. It is break even to a minimal profit. They do it because it helps them sell gobs and gobs over iPods, iPhones, iPads, etc. It is less than 3-5% of their profit.


Link your source or you're just pulling that out of your buttocks.
Score: 6 Votes (Like | Disagree)

ouimetnick
They should give MacRumors members a copy so we can test it out... If you know what I mean.:D
Score: 5 Votes (Like | Disagree)

jav6454
So it begins... the next big hit on servers and data centers for Apple; hope they are ready.
Score: 5 Votes (Like | Disagree)

MMMMMMM
I already downloaded a torrent anyway to test it. Don't worry; I erased it after trying it once. I'm seriously considering buying it when it comes out.


It's $20. You felt it necessary to torrent it first?
Score: 4 Votes (Like | Disagree)
Read All Comments