9to5Mac reports that it has more details on the next-generation iPhone, receiving some information from a source with access to a prototype of the device and other data from a build of iOS 6 said to be targeting the forthcoming device. Among the highlights:

- Details in the iOS 6 beta indicate that the next-generation iPhone will run an application processor identified as S5L8950X. That processor initially showed up in iOS 5.1 betas alongside the S5L8945X that arrived in the form of the A5X in the current iPad. But while the assumption had been that the S5L8950X would be released to the public as part of an A6 system-on-a-chip, today's report indicates that it is still internally being referred to as part of the A5 family.

- On the graphics side, Imagination Technologies is once again said to be supplying the chip, which is currently being referred to as SGX543RC*. The identifier seems to be a code name given that it does not correlate with any official variants of the SGX543 platform. Imagination Technologies introduced the multi-core SGX543 design in early 2009, with Apple using the dual-core SGX543MP2 in the iPad 2 and iPhone 4S while stepping up to the quad-core SGX543MP4 to drive the Retina display on the current iPad.

- Following up on spy shots of the iOS 6 Maps app that appeared earlier this week, today's report offers another such shot, although the design is said to still be subject to tweaking. 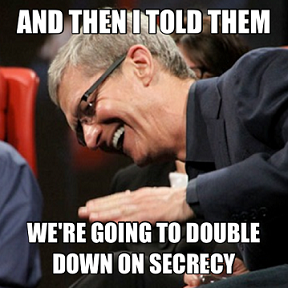 nefan65
The guy at the Dunkin Donuts drive thru said the same thing to me this morning. About the same track record, and reliability as these sites; 50/50.
Score: 23 Votes (Like | Disagree)

The guy at the Dunkin Donuts drive thru said the same thing to me this morning. About the same track record, and reliability as these sites; 50/50.

My local Starbucks Barista claims the real iPhone with be available in (RED) (http://www.joinred.com), black and white. It will have a 5" screen and will replace the Mac Pro.
Score: 15 Votes (Like | Disagree)

thepixelforest
Am I the only one?

that thinks the design of the back is insanely ugly? What's with the strip of metal along the back that abruptly cuts off the glass? Its awkward.
Score: 11 Votes (Like | Disagree)

By "news" do you mean wild speculation and unsubstantiated rumors?

the new maps program fixes the ***** COMPASS!!! Which has NEVER worked! Why is this thing even in here? Also, if you are not going to fix the compass,at least let the map orient in the direction you are moving like any other GPS.

Monday April 12, 2021 3:32 am PDT by Tim Hardwick
Apple is working on a combined Apple TV with HomePod speaker that has a camera for video calls through a connected television set, according to Bloomberg's Mark Gurman. From the report: The company is working on a product that would combine an Apple TV set-top box with a HomePod speaker and include a camera for video conferencing through a connected TV and other smart-home functions,...
Read Full Article • 178 comments