iOS 5.1 Beta Reveals Evidence of Simultaneous Development on A5X and A6 Chips

While Apple has been rumored by several sources to be planning to deploy a quad-core processor as part of what was presumed to be a new "A6" system-on-a-chip in the iPad 3, that assumption was called into question earlier this month with the appearance of a logic board photo showing an "A5X" package instead. Some have suggested that the implication of the package being a beefed-up A5 would limit it to a dual-core processor.

The idea of the package being a smaller upgrade is supported by Apple referring to the application processor as S5L8945X, a part number jump of only five from the S5L8940X processor found in the A5. The A4 chip launched in the original iPad carried a processor designated S5L8930X. 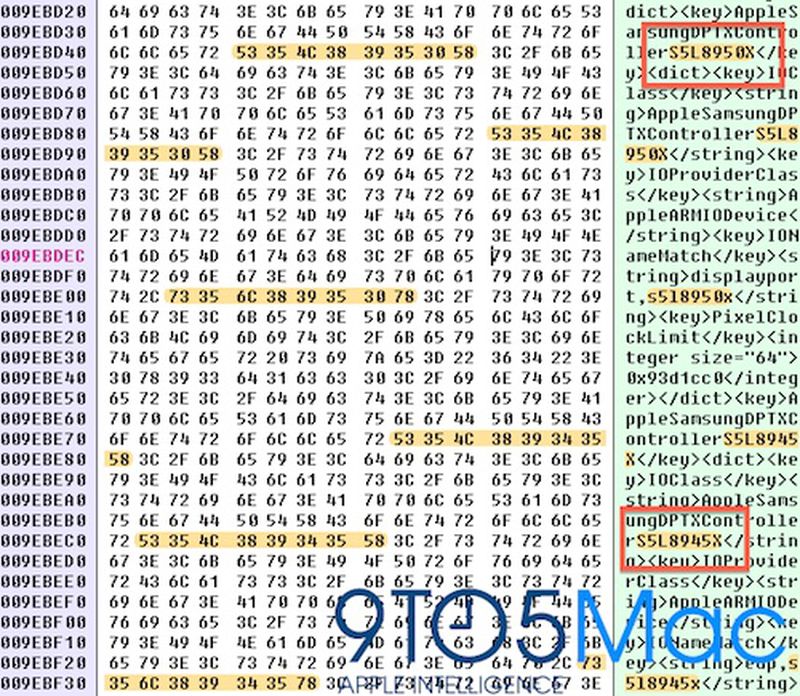 But now an examination of the iOS 5.1 beta code by 9to5Mac has revealed yet another application processor, S5L8950X, appearing alongside the S5L8945X that is apparently inside the A5X. This new application processor is presumed to be part of Apple's actual A6 system-on-a-chip.

Deep in the iOS 5.1 betas (as shown below) sits references to two next-generation iOS device chips: the previously discussed S5L8945X and this brand-new S5L8950X. While nobody has found this 50X (A6) chip in the code until now, we can report that both next-generation processors entered the iOS code simultaneously. This would seem to indicate that Apple has been working on two next-generation chips.

The report notes that mentions for both processors entered the iOS beta code simultaneously, but it is unclear exactly what Apple's plans are for the two processors. It is possible that they represented a "Plan A/Plan B" scenario, or they could potentially be targeted for two different devices.

dokujaryu
Didn't Apple recently salt their files with a bunch of part numbers to thwart this kind of bit peeking?
Score: 10 Votes (Like | Disagree)

jamesryanbell
Well, at least there's hope for a quad-core.
Score: 9 Votes (Like | Disagree)

Well, at least there's hope for a quad-core.


Yep. Now, it'd be interesting to find a need for them.
Score: 7 Votes (Like | Disagree)

daleski75
Whatever specifications are in the new iPad 3 it will sell truck loads anyway.
Score: 4 Votes (Like | Disagree)

This would account for the supposed price hike in the iPad 3
Score: 4 Votes (Like | Disagree)
Read All Comments