Friday April 20, 2012 1:31 pm PDT by Eric Slivka
Associated Press reports that Apple has reached a deal with local governments to finalize its plans for a new data center in Prineville, Oregon. According to the report, Apple has agreed to invest $250 million in facilities on its 160-acre property, and will offer an annual $150,000 "project fee" in lieu of property taxes over the next fifteen years. The company has also guaranteed to bring at least 35 jobs to the center at 150% of the average wage in the county.

The $150,000 project fee in part of an agreement with Apple that was made public this week. Prineville City Manager Steve Forrester called it a common arrangement.

The Oregonian reports that the value of the tax break will depend on how much Apple winds up investing. Similar tax breaks on Google's $1.3 billion data center in The Dalles are worth more than $24 million to the company annually, the newspaper said.

Apple paid $5.6 million for the project site back in February, and has already begun installation of a modular data center in order to build out some capacity ahead of construction on the main facility. Apple noted earlier this week in response to a Greenpeace report on data centers being powered by coal-derived energy that it intends for its Prineville data center to run on "100% renewable energy". 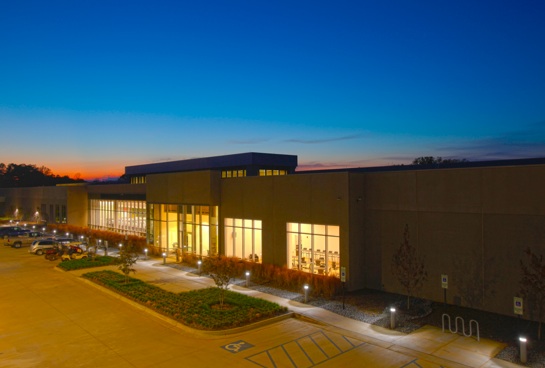 Apple just recently opened another data center in Maiden, North Carolina, where the company has indicated that it plans to spend $1 billion. The company is building a 20-megawatt solar farm and a 5-megawatt fuel cell facility at the data center, two of the largest privately-owned renewable energy projects of their kind in the country.

The only way to win is not to play!

Land of the free*. Where you have to pay rent to the government for the private property you already bought - or else. <insert suspenseful music>


You mean to the government that records your title, staffs the fire dept., hires the sheriffs deputies, maintains the roads to get there, supplies the water, processes the sewer, keeps you from fouling the air and water, built the dam and transmission lines that delivers power?
Rating: 9 Votes

Land of the free*. Where you have to pay rent to the government for the private property you already bought - or else. <insert suspenseful music>

Supermacguy
Tax incentives for 35 jobs?! 35!!?? Who is running that county?
Rating: 6 Votes

At least 35 jobs? Amazing! That will reduce Oregon`s unemployment!


The construction of the datacenter will produce a lot more than 35.
Rating: 5 Votes


You are very bad at math.
Rating: 4 Votes

I agree, though. Datacentres create lots of temporary jobs during construction of the facility - but most of them are basically "lights out" operations managed remotely from a central operations site once they're online.

After they're up and running, the on-site crew is pretty small.
Rating: 4 Votes