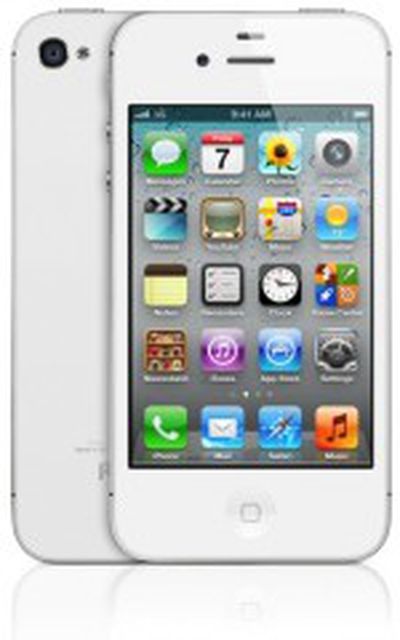 While Apple's lost iPhone 4 that surfaced on Gizmodo back in 2010 made the biggest headlines, a similar situation reportedly played out ahead of the iPhone 4S launch last year, with an Apple employee having apparently lost a prototype of the device at a San Francisco bar more than two months before it was publicly introduced.

Apple responded relatively quickly to the loss of the prototype iPhone, and early reports claimed that the company had worked with San Francisco police to track the device to a home in the Bernal Heights neighborhood of San Francisco. They were, however, unsuccessful in locating the iPhone. Controversy erupted when the San Francisco police initially denied that they had participated in any such investigation, leading to suggestions that Apple investigators had impersonated police officers in their search.

The San Francisco Police Department did finally admit that it had assisted Apple with a search of the home in question, but the home's owner, Sergio Calderón, threatened to file a lawsuit over the incident. He claimed that the Apple security officers who searched his home had given the impression that they were police officers, thus making their search of his home an illegal breach of his rights. The last significant update in the case came in early December, when CNET interviewed Calderón's lawyer, who indicated that settlement negotiations with Apple had ended and that a lawsuit would be filed in the following weeks.

Nearly four months later and with no lawsuit having been filed, Network World has now followed up with the lawyer, David Monroe, to find out the status of the situation. Tellingly, Monroe repeatedly asserted that he had "no comment" on any of Network World's questions, all but confirming that he and his client did in fact reach a settlement with Apple. Unsurprisingly, that settlement would have included a nondisclosure agreement preventing Monroe or Calderón from commenting on the situation.

Having heard nothing more in the subsequent four months, I called Monroe yesterday and asked if he could update me on the status of that lawsuit.

I asked if there had been a settlement between Apple and his client, Sergio Calderone.

I mentioned the bit about him saying in December that a lawsuit was then imminent - within a few weeks -- and asked what had changed since then.

I was about to try a fourth round but by then we were both chuckling over the futility of the exercise.

Apple has refused to comment publicly on the situation all along, and did not respond to an inquiry from Network World regarding an update. Curiously, Apple's head of global security, John Theriault, left the company in November of last year, with sources indicating that his departure was indeed linked to the circumstances surrounding the lost iPhone 4S. Theriault now works as an independent management consultant in San Francisco.

For its part, the San Francisco Police Department conducted an internal investigation into its handling of the case, but it is unclear what the outcome of that investigation was.

Having heard nothing more in the subsequent four months, I called Monroe yesterday and asked if he could update me on the status of that lawsuit.

I asked if there had been a settlement between Apple and his client, Sergio Calderone.

I mentioned the bit about him saying in December that a lawsuit was then imminent - within a few weeks -- and asked what had changed since then.

I always love the fact that no one here cares that Apple actually invaded a person's home illegally and deceptively. Yes, this is front page news. Another case of fanboys ignoring, accepting or making excuses for anything that Apple does wrong.

Did the police and / or Apple investigators get to try the shrimp quiche?? I hear it's the bar in question's speciality.
Score: 3 Votes (Like | Disagree)
Read All Comments

Saturday August 13, 2022 1:52 pm PDT by Joe Rossignol
It has now been over a year since Apple announced plans for three new child safety features, including a system to detect known Child Sexual Abuse Material (CSAM) images stored in iCloud Photos, an option to blur sexually explicit photos in the Messages app, and child exploitation resources for Siri. The latter two features are now available, but Apple remains silent about its plans for the CSAM...
Read Full Article • 259 comments